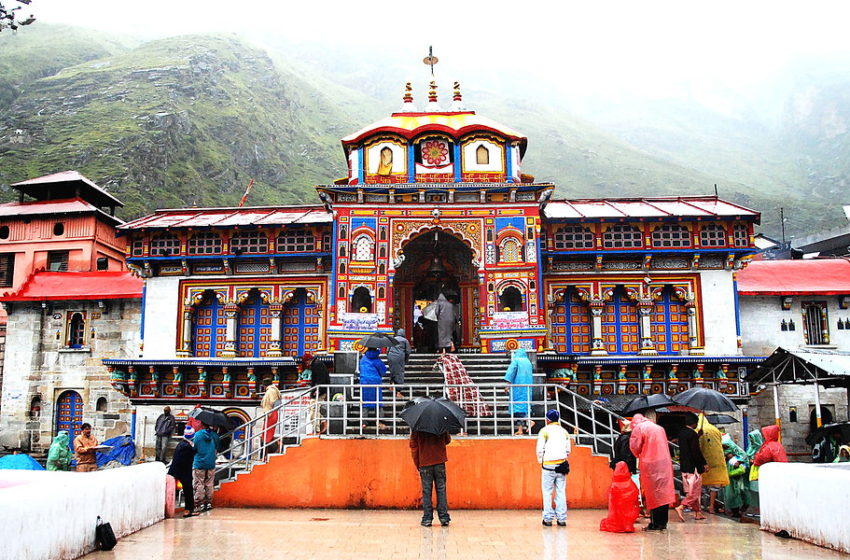 Everybody knows that the State Government of Uttarakhand took over 51 temples via Uttarakhand Char Dham Devasthanam Management Act, 2019, where the Chief Minister of Uttarakhand is the Chairman of Board of Trustees and Tourism Minister is the Vice-Chairman of Board of Trustees. The primary issue with the 2019 Act is the excess power given to the government in temple management and administration. Out of 26 members in the Devasthanam Board, 21 are all Government representatives. Also, the 2019 Act states that only six members are required to make the decision in any meeting conducted. Therefore, the government has exerted too much power to make any decision easily without consulting the real stakeholders as they are in the minority in the Devasthanam Board.

The Pujaris of Gangotri and Yamunotri temples started a protest against the 2019 Act. The demonstration involves wearing black bands on June 11th, observing a day-long fast at Gangotri and Mukhbha temples on June 15th. Then, the Pujaris will perform a Havan on June 20th, and if nothing favourable happens from the government, subsequently, the Pujaris will go on an indefinite fast from June 21st.

Earlier, on April 9th, the Uttarakhand Chief Minister made an announcement declaring the following “There will be a review on the decision of formation of Char Dham Devasthanam Board. State government’s management over 51 prominent temples to be removed”. However, this announcement has not been fulfilled into action yet. Neither an official order nor a notification has been issued to convert the political promise into action. That is why Pujaris are starting the protest now.

There are fundamental reasons why the Uttarakhand State government should not administer the Hindu temples,

Nevertheless, the remaining six temples included in the 2019 Devasthanam Act were private temples. They are Gangotri temple, Yamunotri temple, Chandrabadni Devi temple, Rajarajeshwari Maa temple, Nagaraja temple and Raghunathji temple. Thus, the very fact that 45 temples have been under the control of the government for the past 82 years disregards the fundamental rights of the Hindu community and violates the 2014 Chidambaram temple Judgement. And finally, there is no proper reason for the takeover of the remaining six private temples, and the takeover period is not mentioned.

The above two reasons would be common grounds for freedom of any temple from State control in India. However, the immediate liberation of the Uttarakhand temples is imperative as the constant interference by the Devasthanam Board in the daily religious affairs of the temple disturbs the centuries-old traditions of the temple. Looting of temple money, temple properties, thefts of Murthy’s etc., are unacceptable. Still, interference in religious activities of the temple or attempting to change the temple traditions is a strict no-no. Therefore, this interference in day-to-day religious affairs and trying to alter centuries-old practices cannot be tolerated. For example, at Badrinath, the temple has to open at 4 am ( where the morning prayers occur at the Brahma Muhurat). Yet, in May 2021, Devasthanam Board was adamant enough to issue orders to open the temple at 7 am. As per the local news, the temple was opened at 7 am from May 19th to May 29th. After protest from the pujaris, the temple again was opened at 4 am. Why is Devasthanam Board interfering in matters like when the temple must be opened and trying to break a tradition which is going on for generations?

For this reason alone, the Uttarakhand temples must be separated from the Devasthanam Board immediately. A secular government has no right to interfere in day-to-day religious activities and endeavour to change any temple’s spiritual practices and rituals. This interference in religious activities by fixing a convenient time to open the Badrinath temple and subduing the ceremonious requirements has violated Article 25 (2)(a) of the Constitution.

Having 21 Government representatives in the Devasthanam Board, giving too much power to the government to pass various decisions without consulting traditional stakeholders, violation of Articles 25 and 26 and violation of different judgements of the Honourable Courts, and finally interference in day to day religious affairs of the temple and attempting to change the traditions of the temple makes it a fit case to remove all the temples from the Devasthanam Board immediately. After 80 years of managing these 45 temples, the government has passed the 2019 act for correcting financial fraud. That means the government has conceded that administration by the secular state was not good enough.

Furthermore, after liberating the temples from the Devasthanam Board, there is an urgent need to revisit the U.P. Shri Badrinath and Shri Kedarnath Temples Act, 1939, a colonial relic. There would be a scheme of administration before the government took over the 45 temples in 1939. Thorough research shall be arranged to learn more about the management of these temples before the colonial law of 1939. That precolonial scheme of administration can be adapted to modern accounting standards (mandatory annual external audit which has to be published for transparency purposes). Out of 45 temples, Badrinath and its 28 Subsidiary temples would come under the legitimate control of the Royal Family of Erstwhile State of Tehri, as Sri Madhan Mohan Malviya Ji mentioned in his essay “Badrinath Temple Question of Transfer”. There is an imminent need for more research regarding the scheme of administration for Kedarnath and subsidiary temples before the colonial takeover of 1939.