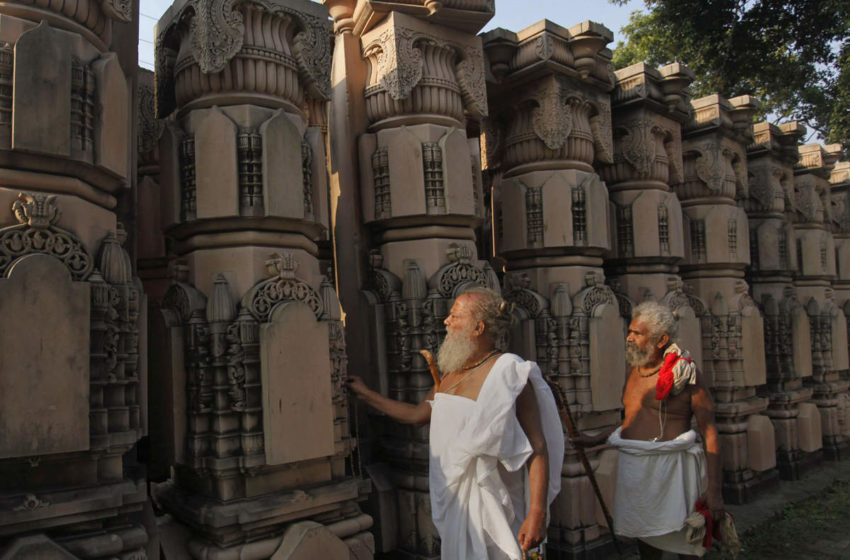 Ever since Shri Ram Janmabhoomi Teerth Kshetra (Ram Janmabhoomi trust) decided to use Sri Ram Mandir temple donation funds for the installation of 2 oxygen plants in Dashrath Medical College, Ayodhya, due to the ongoing Corona pandemic, there have been mixed reactions from Hindus. While some Hindus are appreciating this move of utilizing temple funds for saving the lives of people in this pandemic, some others are questioning the diversion of Ram temple donation funds (meant for the construction of the grand Ram temple in Ayodhya where the construction of the temple is not yet complete).

There are two questions that need to be addressed as I believe temple funds should not be used for non-religious or secular purposes.

Q1) Why temple funds should not be used for non-religious purposes?

Q2) What about saving people’s lives in times of pandemic? Should there be an exception as stated in the first question and should the surplus funds of a rich temple be used for saving lives?

I have addressed both the questions below:

1. Government taxing and charging temples– In Tamil Nadu, 18% of temple funds are being taken away from temples by the government in the name of administrative fees and audit. In Andhra Pradesh, 23.5% of temple funds are being taken away for the same reasons by the secular state. I don’t know the scenario regarding this in Ram Janmabhoomi, but secular state taxing temples is not limited to the Southern States. In Himachal Pradesh, 34-35 temples are controlled by the government under Himachal Pradesh Hindu Public Religious Institution and Charitable Endowments Act, 1984. According to Times of India report, the Himachal Pradesh Hindu Public Religious Institutions and Charitable Endowments (Amendment) Bill) was passed in 2018 where the bill stated that government would take away 15 % of the temple’s total income in Himachal Pradesh. There are sections in The Maharashtra Public Trusts Act of 1950 which talks about using temple funds for administrative purposes. The point here is that if the government is going to charge a tax or contribution fee from the temple’s total income, then the question that needs to be asked is why should the government not utilize the tax/contribution fees for the Coronavirus Pandemic? After giving the government 20 % as tax, Temple has 80 % income left. Now since the temples are closed in name of Covid-19, temple income further slumps and the temples are struggling to take care of its stakeholders. Why? Because the government has literally given up realizing income from temple properties due to temple lands and has put a blind eye towards encroachment and non-realization of rental income from the temple lands.  The government now depends only on hundi money or the money donated by the devotees as a major source of income. As the temples are closed now, the hundi income has come down and the temple stakeholders in form of priests and other stakeholders are struggling for survival. If the temples are paying taxes, then why only temple funds are the target by the government for secular or non-religious purposes even in times of Corona? It is the job of the government which is ruling the land to take care of Corona or any such public health crisis. Hindu Temples that are paying tax or fees to the Government should not be burdened with the responsibility to give their money for public health management during the pandemic especially when the temple’s income is already in crisis due to the closing down of temples for Covid.

“Utilisation of surplus funds. – With the previous sanction of the Commissioner and subject to such conditions and restrictions as may be prescribed, the trustee of a religious institution may appropriate for any of the purposes specified in sub-section (1) of section 66 –

(i) any portion of the accumulated surplus of such institution, and

Provided that the trustee shall, in appropriating the surplus under this section, give preference to the purposes specified in items (a) to (g) of sub-section (1) of section 66:

Provided also that the sanction aforesaid shall be published in such manner as may be prescribed:

Provided also that nothing in this section shall prevent the trustee of mutt or of a specific endowment attached to a mutt from utilising the surplus referred to in this section in such manner as he deems fit.”

Section 36 talks about the process of Utilising temple funds especially on the part regarding inviting objections and suggestions and from temple stakeholders and considering them. Section 36 is especially important for voluntary contribution by rich temples for a national emergency purpose like Covid (after prioritizing for the deity and investment in the propagation of Sanatana Dharma). But the sad fact is that this process is not followed by the Government or HRCE for utilising surplus funds of the rich temples.

3. Temple income is declining due to temples being closed for Corona. Hence temple stakeholders are struggling to survive – Due to covid, temples are closed, and devotees cannot visit the temple. Since Government depends on Hundi income as a major source of revenue for the temple, closing down of temples leaves hundis empty. On top of that, government-controlled temples have to pay taxes/fees to the Government. This will lead to temple’s income falling drastically, which may impact the day-to-day administration of the temple. Also, there are various instances of temple stakeholders struggling for survival, even in rich temples, due to temples being closed for Covid. The sad part here is that there is hardly any compensation from the government to the temple stakeholders. For Example- In Jawalamukhi Temple in Himachal Pradesh (which is the 4th richest temple in Himachal Pradesh), priests struggle for survival due to temples being closed for Covid and lockdown (2020 and 2021). Priests depend on Dakshina money from the devotees for their survival. Still, now priests are struggling due to the Jawalamukhi temple being closed, and there is no compensation from the Government to the priests.  In Tamil Nadu, folk artists are losing their source of livelihood due to Government announcing a ban on temple festivals due to Covid. Even in 2020, there was a ban on temple festivals. Subsequently, folk artists who are part of the temple ecosystem struggle for survival and lose their major revenue source. The state government recently ordered Rs 2,000 special assistance each to 6,810 folk artists (members of the Tamil Nadu Folk Artists Welfare Board) due to the Madras High Court Order. Still, the folk artists claim that this is what they earn in a single night, and so the compensation was barely sufficient.

So, to sum it up, temples do not have any responsibility to donate their funds even for national emergency purpose due to the following 4 reasons.

Coming to the issue of Shri Ram Janmabhoomi Teerth Kshetra using temple donation funds for the installation of two oxygen plants for Covid, this decision of the trust board is illegal. The issue here is basic. The trust collected funds from devotees for a specific objective; The construction of a grand Ram Temple in the birthplace of Sri Ram. Construction of Ram Temple is not complete and so diverting the temple donation funds without achieving the core objective of temple construction is illegal. There ends the matter.