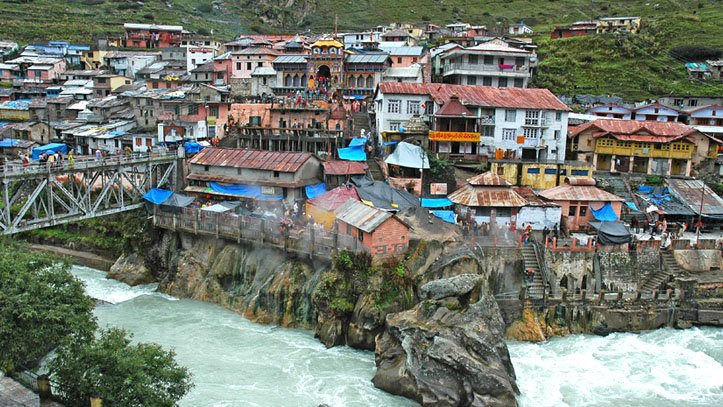 The Supreme Court on September 8, directed the Union Government of India to conform with the March 2018 circular of the Ministry of Road Transport and Highways (MoRTH) while hearing a petition against the  ‘Char Dham Highway Project’ (CDP) – an ambitious 900 km project that aims to provide all-weather connectivity to the Char Dham region simultaneously facilitating strategic military movement. The Centre has been advocating a two-lane highway of at least 7 meters width. The MoRTH circular mandates that “The carriageway width shall be of intermediate lane configurations, i.e. of 5.5 m width (18 ft), with two-lane structures (23 ft.)”.

The petition in the nature of a Public Interest Litigation (PIL) was filed by a Dehradun based environmental group called the ‘Citizens of Green Doon’. Pursuant to the same, the apex court had appointed a High-Powered Committee (HPC) to evaluate environmental concerns in relation to the Project. Interestingly, there was serious disagreement among the members of the High-Powered Committee (HPC) regarding the width of the road, which led to two separate reports being submitted to the Court in the month of July.

The first report was submitted by Shri. Ravi Chopra a renowned environmentalist and the Chairman of the HPC with support from three other members of the committee (the ‘main report’). The second report was submitted by remaining members of the 19-member committee and is the ‘majority report’. Shri. Ravi Chopra in his report had favoured keeping the width of the road according to 2018 circular while the majority report is in favour of broader roads. Citing the main report, the SC directed compliance of the MoRTH circular for the Rs 12,000-crore Project.

The main report states that “Compromising the Himalayas further, especially in the closely set Char Dham valleys, over and above all the existing cumulative pressures would be a grievous mistake with far-reaching consequences”. In August, Shri Ravi Chopra wrote a letter to the Secretary, Ministry of Environment, Forest and Climate Change (MoEFCC) in which he alleged brazen violation of the ’Rule of Law’ which caused “incalculable and long-term damage to the Himalayan ecology”. He also claimed that he was “pressured and harassed to submit a one-sided view,” by certain committee members.

Despite the sharp disagreement on the width of the roads, both the reports agreed on the fact that numerous transgressions like excessive felling of trees, cutting hills and dumping muck without valid permissions, have taken place during the construction of this Highway. Various forums have also accused the project of escaping environmental clearances.

In 2012, the MoEFCC had recommended that the national highway-widening projects spanning up to 100 kilometres shall not require clearance under the Environmental Impact Assessment (EIA) regime.  Environmental Impact Assessment (EIA) is a mechanism that evaluates the impact of any developmental activity and infrastructure projects on the environment of a region and clearances are awarded after ensuring that the activity/projects cause least possible harm to the region. The Environment Protection Act, 1986 is the concerned parent law.

Since the Char Dham Highway Project is not a single road project but a cluster of 53 civil works in total covering about 889 kilometres of roads falling in the Char Dham region, it was exempted from certain clearances (EC).  It has been alleged that the breaking up of the entire project in more than 50 parts was done with the intention of avoiding these clearances.

It is important to note that a major section of the Char Dham region is part of the “Main Central Thrust”, which is a major where the ‘Indian Plate’ is pushed under the ‘Eurasian Plate’ and this geographical feature makes it susceptible to earthquakes and landslides. The tussle between priorities of preserving the ecology over the development of a region is a continuous one. While the development of any region cannot be ignored, the question has always been how to ensure minimum environmental degradation or a long term impact. Achieving this balance in a region as important and sensitive as the Himalayas becomes imperative.

Noted environmentalist Chandi Prasad Bhatt, known for his contribution in Chipko Movement, in his book titled ‘The future of large projects in the Himalaya: Overcoming incomplete knowledge and unsound beliefs‘ makes an important observation.  He writes: “Today, we are all seeking the answer to the current, sorry state of the majestic mountain. Why has it become so fragile that even a minor perturbation leads to a catastrophic chain reaction? The answer lies in the simple fact that increasing population pressure coupled with lopsided development and the exploitation of resources are major causative factors…” He goes on to write, “The haphazard construction of roads and buildings. The exploitation of rich forest wealth without having any appreciation of terrain. etc. put pressure on the fragile ecosystem to such an extent that it far exceeded the carrying capacity of the region”.

A disaster always prompts us to think and question “what went wrong” and the same happened in 2013. The 2013 flash flood in Uttarakhand caused enormous damage, destruction, and loss of life. The National Institute of Disaster Management (NIDM) published a detailed and comprehensive report titled “Uttarakhand Disaster 2013″ which in great detail talked about the reasons for the 2013 disaster and other similar incidents.  Reading the report, it becomes clear that development projects in ecologically sensitive areas like the Himalayan region are always fraught with danger. But it can be mitigated considerably if rules are strictly adhered to and the government is sensitive towards ecological concerns.

Disregard of laws and regulations

The 2013 report highlights how disregard for some ecological protocols and laws meant to ensure sustainable development in the region resulted in the catastrophic event. It notes that despite the Uttarakhand Flood Plain Zoning Act of 2012 which is meant to protect flood zones, hundreds of new buildings came up in the sensitive flood zone of rivers and in many instances on the riverbed itself.

It also made some important observations regarding the hydroelectric projects of varying capacities built by state/central government and the private sector in these fragile zones. These projects are known to generate a huge amount of muck during tunnelling, planting, and other processes and therefore require a proper muck disposal plan involving designated areas above the high flood levels to be used as muck disposal sites. This becomes imperative as direct dumping of muck into the river causes a change in the river course, which further changes river monography, in turn, aggravating erosion and flooding in the area. The NDIM report stated that in the 2013 floods “the muck dumped by the 330 MW Srinagar HEP might have intensified the factors responsible for causing damages downstream”.

The report also cites a detailed study by the Indian Institute of Technology (IIT) Roorkee, about the road conditions in Uttarakhand which that concluded that most of the roads have been constructed ignoring the local geological and ecological conditions. The 2013 report also highlighted the lack of proper management and disposal of debris which is mostly left unattended and usually “dumped in riverbeds reducing the carrying capacity of the rivers which leads to flash floods“.

Tourism development as a factor

There is a serious lack of analytical studies on current and prospective tourism in Uttarakhand vis-a-vis the “carrying capacity” of the region, or the extent to which laws/rules are flouted therein. According to the State’s own Tourism Policy 2018, the number of tourists visiting the hill state has consistently increased from 19.45 million in 2006 to 31.78 million in 2016. The Policy talks of building the state’s capacity to host increasing numbers of tourists but does not talk enough on the ecological constraints.

In absence of serious concern from the authorities, it is left to the people themselves to raise voice against unmindful arbitrary activities destroying the ecology of their region by asserting their ‘right to life’ in a healthy environment, and reminding the Government that they hold the resources in trust for the public. More than once has the judiciary responded to such pleas particularly in the case of tourism development in Uttarakhand. Like in 2018, in response to a petition, the Uttarakhand High Court banned paragliding, whitewater-rafting, and other water sports in the region and directed the government to draw strict guidelines in this respect. The HC noted that raw sewage was being permitted to directly flow into the river and the state government has remained oblivious to “its duties to regulate and restrict unauthorized activities“.

Similarly, in 2015 The National Green Tribunal (NGT) banned all commercial activities at the Rohtang Pass and stopped horse riding, snow biking, paragliding, tyre-tube gaming and snow scooters at Rohtang, Solang and Marhi. The Tribunal had even threatened the state government of banning all tourism activities in the region.

While it is indisputable that tourism brings revenues to the state and offers employment opportunities to the locals, the optimal objective should be sustainable tourism development. It would be sad to see that lessons from the 2013 floods are forgotten faster than they were learnt.

(Note: This article was first published in the blog of Indic Collective and is being republished here with the permission of the organization)