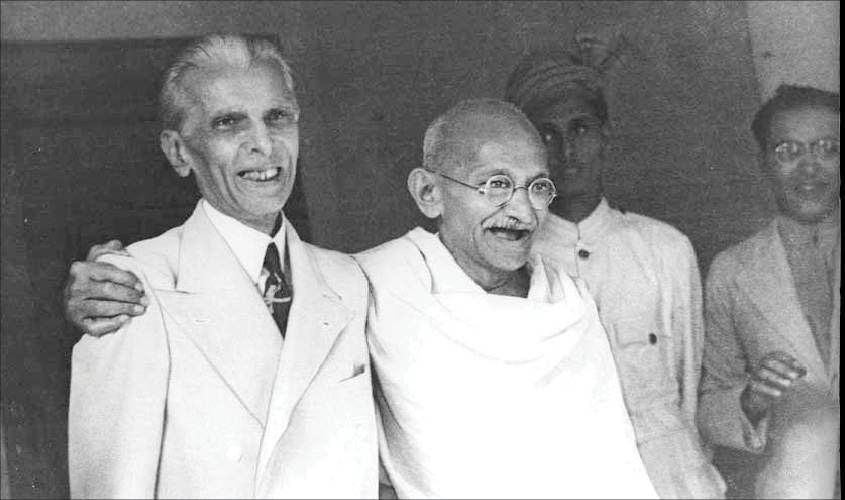 The easiest way before an Indian audience to get hands clapping, is to accuse the British of the Partition of India. Try it for yourself and say out loud: “Partition was engineered by the wily Britishers  in their nefarious design of ‘divide and rule’”, success assured. And the applause is sure to follow no matter whether the audience, whose sensibilities you may not know, is Gandhian, Nehruvian-secularist or Hindu nationalist. Yes, Hindu nationalist too.

“Jinnah was brainwashed into dividing India”, I read in RSS mouthpiece Organiser. Well, if it is that easy, why doesn’t the RSS brainwash the Indian Muslims into becoming India-loving Hindus? Incidentally, how is it done, this “brainwashing”? In reality, the Hindu nationalists are taking a cheap shot at the British in order to mask their fear of pinpointing Muslim guilt.
One would have expected at least Mahatma murderer Nathuram Godse to have criticized Islam, apart from laying as much of the blame as possible at Gandhi’s feet. But Godse says very little about the guilt for Partition. He accuses the British of a “divide and rule” policy, alright, but doesn’t make this the cause of the Pakistan movement. He accuses Gandhi of not countering the Muslim League’s demand of Partition with his trademark means of action, viz. the fast unto death; but he does not go into the question of why the Muslim League made this demand in the first place. So, even among Godse’s fans you won’t find many articulate opponents of the British conspiracy thesis.

In this article, I will argue that the British had nothing to do with Partition, and that this was a purely Muslim operation necessitated by the present democratic age’s belief in numbers. In the medieval period, the Muslims constituted far less than the 24% of the Indian population which they were in the 1940s, yet they ruled. Mohammed Ali Jinnah thought that this was no longer possible in modern times, so if they wanted to be in power, they needed a smaller country where they would constitute the majority. So, the Two-Nation Theory espoused by the Muslim League necessitated two separate states, one of which would have a Muslim majority.

To be sure, the British were guilty of many things, and the fixation of Hindu nationalists on them is understandable. Principally, they caused several very serious famines, dismantled the technology and economic structure of India, and they imposed a foreign ideology that harmed the natives’ self-respect. This did not make British rule “the biggest crime in history”, as L.K. Advani claims on his blog (15 July 2012), but it was pretty bad. However, none of that made them guilty of Partition. Nor did their policy of “divide and rule” cause the pre-colonial or post-colonial (and generally not even the colonial) hostility between Hindus and Muslims. It was a tactic used at the negotiation table, not meant for the streets (where riots would only upset economic life), much less for a final Partition of the Indian empire.

Viceroys Lord Victor Linlithgow and Lord Archibald Wavell told Jinnah to his face that they would not countenance the division of their nice and neat Indian empire, not even in the event of decolonization. Their successor, Lord Louis Mountbatten, only accepted Partition because the Muslim League threatened and started the violence. Congress leaders did the same, including even Mahatma Gandhi in June 1947. All his so-called fasts unto death, his promise that “India will only be divided over my dead body”, proved hollow in the face of the real chance that these opponents would not give in, so that his fast would only be concluded with his death.

It is only the fledgling Cold War that made the British and also the Americans see a silver lining in the Partition, viz. that one of the parties would join the Western camp and provide it an outpost to monitor the Soviet threat. This was apparently also what made Lord Mountbatten more pliable. But it was only in 1945 that the Soviet ally became an enemy, five years after the Muslim League adopted the Pakistan resolution, and more than ten years after the idea of Pakistan was first mooted.

In reality, the ideology of Partition was rooted in Islam. According to Islam, Muslims must always be in power. Thus, Muslim men are allowed to marry non-Muslim women but non-Muslim men are not allowed to marry Muslim women because wives are deemed to be at the husbands’ command. In the Middle Ages, Muslim minorities had seemed to subdue the Hindus by military means, and Muslim leaders with a medieval mindset concluded logically that numbers were unimportant to decide who will dominate whom. Thus, Maulana Abul Kalam Azad (who had given an emigration fatwa during the Khilafat movement) is mistermed a Nationalist Muslim but aimed in fact at the Islamic domination of the whole of India. However, Jinnah had interiorized the modern value of democracy and didn’t dare to ask for more than a country in which Muslims would form the majority.

Islam is against multiculturalism unless it is treated with the utmost respect and has at least the perspective of becoming dominant. By contrast, the Hindu nationalists including Nathuram Godse were prepared to give the Muslims far-reaching concessions in order to keep India united. They were not guilty, Congress was not guilty when it proved insufficiently accommodating to the League, and the British rulers were not guilty. If a section of the Muslims had not desired Partition, then Partition would never have happened.

Hindus who blame the British for Partition, show that they are afraid of the truth and afraid of Islam. It is far easier to accuse the British, who have safely departed than to lay the blame at the door of Islam. Blaming Islam opens a can of worms, it is difficult to deal with this religion. It is a challenge to one’s courage, but it is mainly a challenge to one’s intelligence. If you are deficient in these departments, then go ahead and blame the British

On the other hand, if you have courage and intelligence, it should be easy to face the fact of Muslim causation of the Partition of India. Today, it takes a moderate doses of courage to criticize Islam: you risk the ire of the institutions (and your job if you are a scholar in the Humanities), the violence of some indignant Muslim, and if you are a Hindu, also the displeasure of your fellow Hindus. But these risks are manageable, and as I will explain on some future occasions, I do not buy the myth of Hindu lack of bravery. Criticizing Islam also requires a large amount of intelligence, viz. the power to discriminate between causes (the doctrine of Islam) and symptoms (the behavior of Muslims, only partly caused by this doctrine), and the balancing act between uncompromising criticism of the doctrine and sympathy at the human level. Even you could have been born and brought up as a Muslim and developed an attachment for Islam’s irrational beliefs. If you believe in reincarnation, you should realize that you even could have been a Muslim, perhaps several times over. So, responsibly criticizing Islam and its role in the Partition of India requires intelligence.

It is here that I have more reason to worry. Though Hindus have shown great intelligence in the literature of the past and ICT initiatives of the present, they have mostly failed to apply their intelligence to the Islam problem, though this is staring them in the face every day. But I am confident that now you will do something about it.