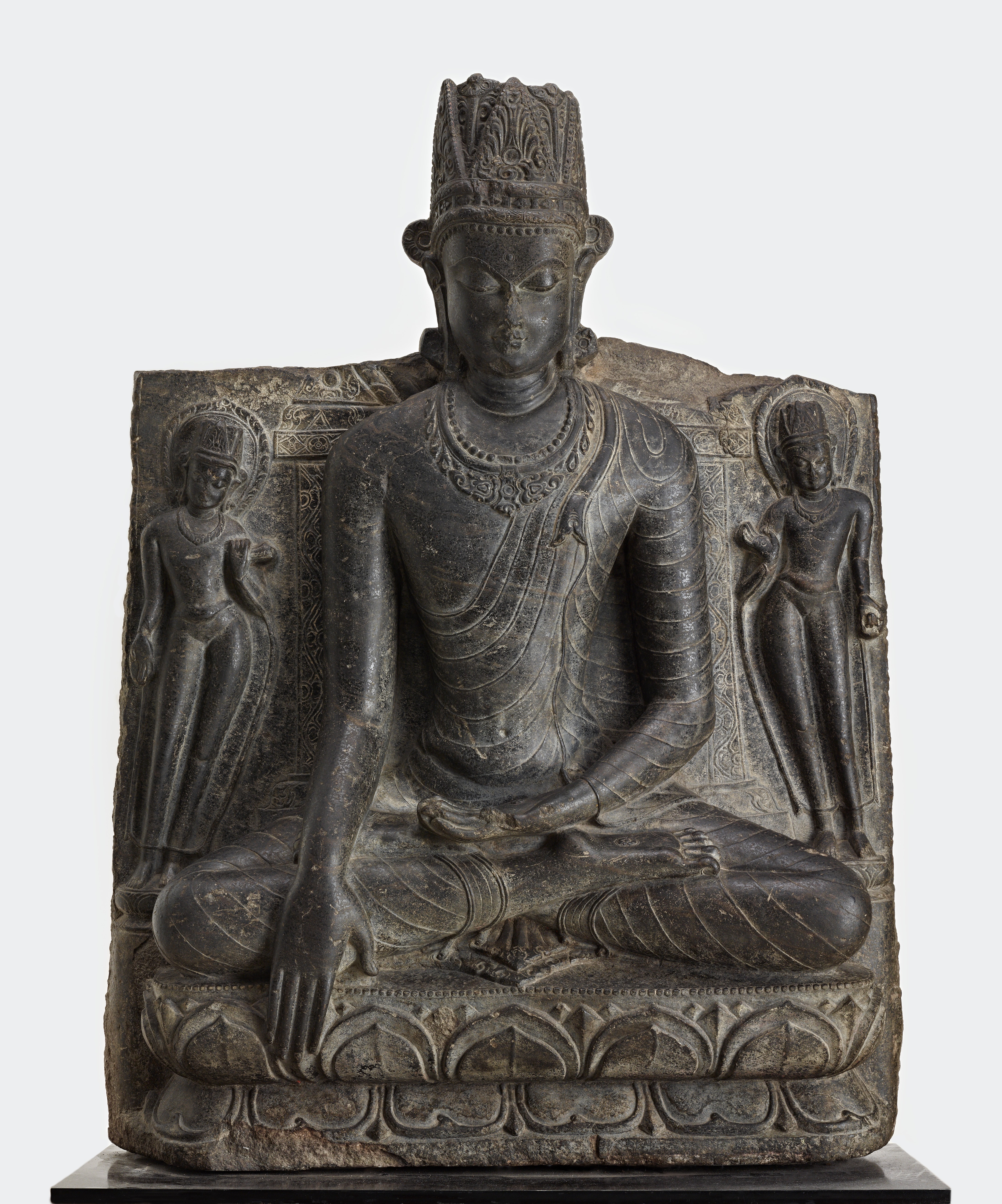 In an age of radical doubt, when nihilism took hold of our country’s collective spirit, when our ancestors turned cynical of their once-revered, life-giving traditions, and grew weary of the powerful mystical utterances contained in their immortality-bestowing scriptures, when their rituals became divorced from their hearts, Hari’s Buddhāvatāra descended on this land.

He healed Man of his scepticism and once again set the wheel of Dharma in motion. He taught karuṇā (compassion) with his words and deeds, through his silence and through his very life. He taught it so well and so intensely that they gave him the name of Karuṇa, or Compassion Incarnate.

With his loving hands he swept away the dross accumulated on Man’s heart and lifted the heavy blanket of nihilism from over the nation. Once again, the people stood exposed to the bright daylight of Knowledge, regained their Self-confidence, and the Chariot of Dharma went around far and wide, conquering the nations of the world without spilling a single drop of blood, as it is destined to do in all times – past, present, and future. Wherever this Chariot went, people fell to their knees and bowed reverently before Tathāgata.

He travelled all over the country, travelled extensively and discoursed copiously. He reminded people what it meant to be a Brāḥmaṇa and how to remain on the path of Dhamma (Dharma). He reminded the Ᾱrya civilisation that, true to its name, it has some Noble Values and Ideals to live by and die for; and he reformulated these for the people as the catvāri ārya-satyāni (the Fourfold Noble Truths). Following in the footsteps of his many yogācārya predecessors – sages who were masters of yoga and from some of whom he had learnt a great deal by spending a considerable time in the company of such masters during his śramaṇa days – he set forth the aṣṭāṅgika mārga. This eightfold path gave people an ethic, a code to live by – and a sadhana, which re-introduced meaning into their lives and deaths. Thus he came to be known as the Śāstā, the one who gives the law and instructs on how to bring in order.

Buddhism, defined by the trinity of the Buddha, the Dhamma, and the Saṁgha, is a very special salvational path among the scores of other paths that Bhāratavarṣa’s Ᾱrya culture has mothered. It is special in two senses. One, it was the first attempt at a constructed sociological experiment, viz., a religious order organised around a well-defined and distinct institution: the Saṁgha. Note that the Saṁgha was a constructed sociological experiment, unlike the revealed sociological order as we find in the Vedic Sanātana Dharma.  In the case of the latter, the eternal cosmology flashed “upon that inward eye” which is the powerful intuition of the yajña-induced elevated ‘Rishi Consciousness’, and with it was revealed the Vedic sociological order as a part of the eternal cosmology. Secondly, among the salvational paths that rose from the womb of the Ᾱrya culture, Buddhism is preceded by only one path, that of the Bhāgavata Dharma, which, for the first time in the history of the world’s religions, accorded the idea of śaraṇāgati a central place in its theological tenets. After Sri Krishna’s ultimate assurance to Arjuna in the Bhagavad-Gita (sarva-dharmān parityajya mām ekaṁ śaraṇaṁ vraja), we get to hear the talk of finding refuge in a Person and thus attain salvation only again in Buddhism: Buddhaṁ śaraṇaṁ gacchami.

Arising in this holy land in an age of dreary nihilism, Buddhism invited with open arms the cynic-sceptic, the nihilist-pessimist, and the sufferer-seeker-confused alike to take refuge not only in the figure of the Buddha (alas! – who the Buddhists of a certain kind soon turned into a mere figurehead), but also in the Eternal Law of Dhamma (some hope there!) and into the discipline of the Saṁgha (order! order! disorder!).

The legacy of Buddhism is rich and widespread. In several shapes and forms of interpretation and practice, Buddhism rewrote the histories of Mongolia, China, Tibet, Japan, Korea, and various Southeast Asian countries. But its deep and mysterious workings did not stop there. Buddhism deeply influenced another salvational religion – one which arose several centuries after the passing of the Buddha: the religion of the Catholic Church, which took from the former its ideal of a disciplined monastic life governed by a specific spiritual order (the church) as well as its model of ethical-moral laws (the Law of God), as also its dependence on a figurehead for salvation (Christ the Redeemer). The Buddha lives on in many configurations – some vastly distorted, obscure, and unrecognisable than others – much like the Twin Bamyan Buddhas of Central Afghanistan: badly disfigured, and yet of gigantic proportions. Hallelujah! All Glory to Hari!