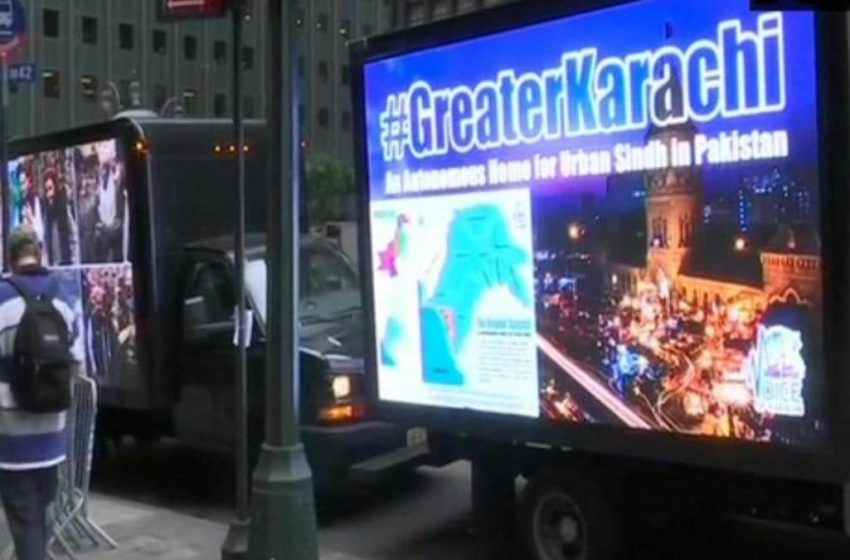 There has been a discernible frisson of excitement in intellectual and political circles in New Delhi ever since the leaders of the Mohajirs, Sindhis, Baluchis and Pakhtoons declared the demise of the two-nation theory. Partition, Pakistan’s minority groups intoned, was a blunder because its raison d’etre, expounded in the 1940 Lahore Declaration (full provincial autonomy to minority provinces and their involvement in every national endeavour, including foreign policy formulation), was never allowed to come into play in the area that became Pakistan.

While it is clear that Pakistan, long regarded by India as a failed state, is in dire straits, the crisis is in one sense that of the larger Islamic world. Its implications for India would have to be assessed with extreme caution; certainly, it would be premature to conclude that what bodes ill for Pakistan is necessarily good for India. This is also one instance where the classic formula – my enemy’s enemy is my friend – will not work.

All that is clear at this juncture is that even a theocratic Pakistan is not considered Dar-ul-Islam by its ethnic minorities, though they are all fellow Muslims. There is a pervasive feeling, particularly among the erstwhile western UP Muslim elite that formed the vanguard of the Pakistan movement, that the community agreed in error when it opted for a separate homeland. In just five decades, there is a realization that the various ethnic groups living within what became Pakistan, though united by common adherence to a universalist faith, have not been able to crystallize into one community, much less one citizenry and one nation. In sharp contrast, India, after being at bay for over a millennium, is not only a proud country seeking her rightful place in the comity of nations, but is excitingly engaged in reasserting her civilizational ethos.

It may be noted that the leaders of Pakistan’s negligible Hindu minority as well as the Ahmadiyas (believers in the Koran and the Prophet, but declared non-Muslims by the Zulkiqar Ali Bhutto dispensation), were not present at this meeting of minority groups; it is reasonable to presume they were not invited. Pakistan’s new community-of-the-discontented was not catholic enough to embrace the state’s truly voiceless and dispossessed, even though envoys of the Mohajir Qaumi Movement (MQM) made it a point to come to New Delhi to solicit support for their cause.

India cannot readily endorse the view that the two-nation theory has collapsed, even though the MQM’s prognosis and the emergence of Bangladesh in 1971 have made it virtually impossible for Pakistan’s ruling elite to justify the Islamic state. All that has happened is that Pakistan has failed to be a viable modern democracy. A collapse of the two-nation theory could be envisaged if the breakaway component realized its error in breaking up a nation on the basis of religion, and sought to return to the mother country within the overarching framework of its ancient civilizational ethos. It is nobody’s case that this is so. The mohajirs have regretted leaving behind the safety of numbers they once enjoyed in India; but they have failed to appreciate the catholicity of the Indic tradition, and to come to terms with it.

Nevertheless, mohajir leadership’s blatant denunciation of the two-nation theory raises some pertinent issues. Although it is fashionable in academic circles to compare Pakistan with Israel, as a modern state created on the basis of religion, the truth is at variance with popular perception. The Jews were an ethnic as well as a religious community, with a race memory and a lived experience of persecution in much of the world. The Jewish state, when it came into being, was guaranteed and protected by the western nations that helped carve out its territory, particularly the United States. The very name Israel was sanctified by centuries-old traditions, before it became the modern nation.

Pakistan was not similarly privileged. The provinces woven together to form the new state were ethnically diverse, and in the absence of a cohesive ideology and vision for the future, religion proved inadequate to the task of moulding a nation divorced from the sub-continent’s civilizational framework. Moreover, the colonial power that engineered Partition did not stay back to guarantee its new progeny. This, as can readily be understood, is the reason why the mohajirs failed to get a just deal in Pakistan. Not only was their dream of being the super-elite in the new state carved at their instance in the name of Allah hijacked by the predominant Punjabi Muslim elite, but they lacked the numbers and financial and military clout to get a fair deal in the ‘promised land.’ When even their descendants were labelled mohajirs (refugees), they realized that monolithic religions unrelated to a common cultural foundation, are a poor basis for statehood.

The MQM’s hatred of Pakistan’s Punjabi Muslims highlights a perennial dilemma of Islam – it denies legitimacy to ethnic identities and even territorial nationalism, but fails to subsume these identities into a community with inner coherence. Pakistan, in sum, does not have a soul; it is organically dependent upon Kashmir and anti-India rhetoric to keep its constituents together, and even this ploy is beginning to wear thin. Its politics is dominated by ethnic considerations, with the concomitant sacrifice of rule of law, justice, and fair play. The mohajirs and other ethnic minorities have thus become distinct sub-nations in a territory that could not become a nation-state. MQM separatism is a corollary of the lack of inner consistency in the Islamic state.

The mohajir discontent’s dangerous potential for Pakistan can hardly be overstated. The way I see it, two explosive sub-texts are concurrently being written across the border. On the one hand, Pakistan’s ethnic Muslim minorities, rejecting the lure of a common religious heritage, will pull in different directions, in the manner of some central European states. On the other hand, the Punjabi Muslim elite, backed by the army, ISI and Jamaat-i-Islami, will accelerate the old agenda of hostility to India, reinforced by the super-distilled Islam. The results will be unsettling, more for Pakistan than for India.

India will have to calibrate its response to these developments with care. It should be clear that we have no common cause with the MQM. And while we can have no role or interest in the inevitable disintegration of Pakistan, we must have in place a policy that will cater to such an eventuality. It may be mentioned that India has made many sacrifices in the interest of a stable Pakistan, most notable being the shoddy deal worked out with Bhutto at Shimla. But it is quite beyond our ability to keep this hostile and volatile country together.

The countdown for its self-destruction was scripted at Kargil; an Indian government now perceived as ‘soft’ towards Pakistan will lose public esteem, and a Pakistani regime that makes genuine moves towards dialogue will be deposed by mad mullahs. A combination of internal and external stresses can be expected to unravel this artificial construction. Already there is a pronounced American and Russian convergence on Afghanistan and Pakistan since the Taliban is a creature of the ISI. The growing international appreciation of India’s problems with cross-border terrorism is a reflection of this convergence.

Note: This article was first published in The Pioneer dated 7 November 2000 and is being republished here with the permission of the author 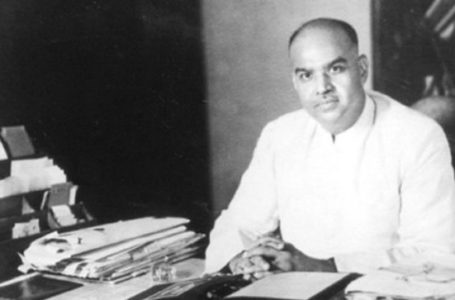 Dr. Mookerjee and Kashmir – Essay of... 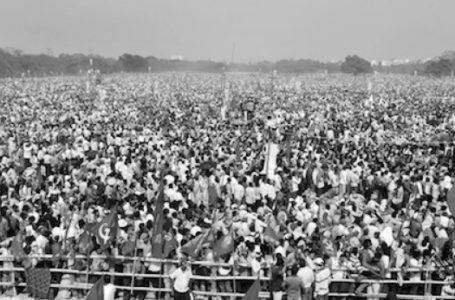 Hindu Refugees and The Rise of The...