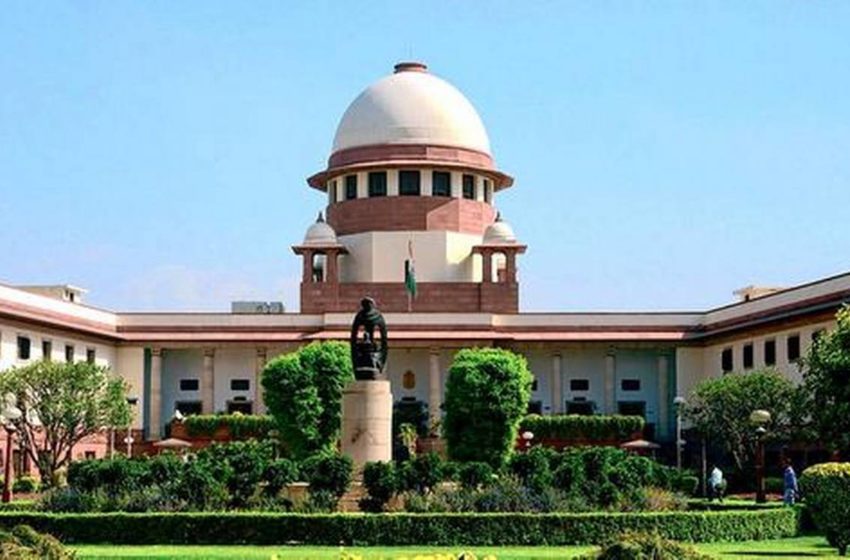 Three years back, the Supreme Court of India issued some landmark directions to curb the menace of misuse of the draconian IPC 498A. It has brought in a more rigorous review process, in the form of Family Welfare Committees, to reduce the problem of false cases and the consequent arrest of innocent people.

Naturally, this new directive has attracted the ire of feminists and SJWs. In spite of strong evidence regarding rampant misuse of the law, these activists refuse to acknowledge the problem. One recent article on this issue totally dismissed the existence of the problem in one line stating the total number of cases of misuse was ‘minuscule’. At the same time, the article dealt in great detail the issues faced by the victims of domestic violence and abuse in dealing with the criminal justice system of India.

Since I want to deal with a different topic in this post, I will only briefly comment on the said article.

The interesting part of the above quoted article is the detail with which it highlights the problems of our justice system today. Inordinate delays in getting the police to accept FIRs, the snail’s pace at which the courts move, the harassment to which the victims are put to, the abysmally low conviction rate and victims being forced to ‘settle’ the cases – are all true. But these are true for any case in India today, not just 498A or dowry cases. And it’s true for even men who end up fighting cases. Even if an individual has to file an FIR for a lost cellphone or a laptop, the hassles are the same. If an individual loses his or her vehicle and then it is found by the police, it takes several months to obtain the same from the courts. Obtaining bail, especially for the poor, can be an arduous and long process.

If one were to categorize the most important issues with the criminal justice system today, I am confident a majority would agree with the following three

Keeping in mind the above issues, especially the three listed above, I have tried to study a few of the criminal laws and amendments that have been brought into effect in India in the past few years. In particular, I tried to analyse the following.

When we look at these laws which have come into existence in the past 2 decades or so, we can identify a conscious attempt in shaping the law in a way some of the problems existing with the criminal justice system are overcome. One point to note is that these laws do not attempt to change or improve any of the processes with justice delivery. They introduce measures in the law to “work around” existing issues.

I) Increasing the scope of the crime

Given the low conviction rates in India for almost all crimes, one striking similarity between all these laws drafted by SJWs is the effort to increase the scope of the crime. The theory here seems to be that if more people are subjected to a law, the natural consequence would be that more people would get convicted. This manifests in two ways

The tendency here is to enlarge the definition of what constitutes a crime and also make it abstract to measure and prove. A second aspect is to include as many people related to the incident as possible amongst the accused.

In the DV Act, ‘domestic violence’ includes “….includes causing physical abuse, sexual abuse, verbal and emotional abuse and economic abuse….”. The Act goes on to define what constitutes verbal, emotional and economic abuse and includes an extremely broad definition for each of these. Even if a couple have a fight and words are exchanged between them, the retorts of the husband to the wife can and will qualify as ‘verbal violence’. Further, under the DV Act, all persons who shared a domestic household with the victim can be named as accused.

In the SC/ST Atrocities Act, there are nearly 29 categories of atrocities defined under Section 3. The Act lists these Atrocities using english alphabets and after running out of alphabets has sub-clauses named za, zb and zc. The list includes offences such as “giving false information…that can cause annoyance to a SC/ST member”, “insulting a deceased SC/ST member”, “…dumps obnoxious matter in the neighborhood…..” and so on. The definition of who can be an accused is again very broad – “any person who is not a member of the SC or ST community”

Under the modified rape laws (since 2013), the definition of rape has been changed and includes a definition that reads “…manipulates any part of the body of a woman so as to cause penetration into the …..or any part of body of such woman or makes her to do so with him or any other person….”. Recently Ms Madhu Kishwar has filed a PIL in the Delhi High Court highlighting such a classification of the offence and states, rightly, that even a non-sexual penetration can be classified as rape under this new law.

In the draft MASUKA lynching act, it is proposed that anyone who conspires to lynch will be treated in the same manner as one who lynched and will be subject to the same punishment. In other words, even if a person has not actually committed the act of lynching, he can still be punished for lynching.

Thus we see how, by loosening the definition of the crime and widening the net for accused, these laws intend to cause more and more people to be dragged in as accused. It does seem like this tendency is a response to the prevalent low conviction rates in our judicial system.

A second aspect identified earlier in this post, with regard to the problems with the criminal justice system, is the inordinate delay in cases reaching closure. Coupled with low conviction rates, this means that most accused do not undergo punishment that the law actually prescribes for the offences.

The laws under analysis definitely make an attempt to work around this problem by introducing measures that aim at delivering some form of punishment to the accused, and relief to the victims, during the pendency of the trial itself.

Under the DV Act, the victim woman is entitled to a ‘protection order’ from the courts. If such protection order is issued, then the accused cannot engage with the victim in any form whatsoever. There cannot even be verbal communication attempted with the victim. At the same time, the victim is given (in many cases, rightly so) the right to live in the shared household, along with the accused (husband and his family). It is no brainer that a protection order combined with a residence order is a most impractical benefit accorded. Living with a family while being legally prevented from communicating with each other is more a punishment than a relief.  In numerous cases, therefore, the husband is forced to vacate the property to avoid further criminal charges.

Under the same DV act, during the pendency of the case, the accused cannot dispose off any assets of household articles in which the victim can have an interest or entitlement. So if a case drags on for years and even if the accused have genuine financial constraints (for e.g.) they cannot dispose off any property or assets on which the victim can stake a claim.

Under the new rape laws, the ‘minimum punishment’ irrespective of the extent of the crime is 7 years imprisonment. The law has completely done away with the concept of graded punishment depending upon the severity of the crime, which is a common principle of natural justice. Like the PIL by Ms Madhu Kishwar highlights, the punishment for unwanted bodily embrace and physical penetration, though both definitely crime, are equated and same punishment is mandated by the law.

Under the proposed MASUKA law, any person who offers any assistance to an accused under the Act can be sentenced to 5 years of imprisonment. Such a measure would definitely prevent family and friends from offering any assistance to an accused, even if they know that he or she is innocent. The trial stage of the case itself can therefore become a terrible punishment for the accused with complete lack of support.

Thus, these laws have creatively incorporated various clauses in them that serve to deliver ‘interim justice’ to the accused. This is a definite response to the problem of long delays and low conviction rates in our system.

III) Reducing hassles for the accused

A third problem we had noted earlier is that of the hassles that have to be faced by the parties involved. Cases can go on for years. Victims (and accused) have to appear in courts hundreds of times. Interim reliefs take months to be pronounced. Dealing with police, public prosecutors and courts can be extremely consuming.

While the above problems are common to both victims and accused, the laws have focused on introducing measures that attempts to alleviate the problem for victims.

Under the 498A Act, once a chargesheet is filed, the victim has to appear before the courts only during evidence stage. The accused of course have to appear during all hearings. To be fair though this rule is common to all criminal cases when trial occurs. However, this provision facilitates those who file false cases because they really don’t have to ‘fight’ their cases since the State does so on their behalf.

Interim monetary reliefs for things such as medical expenses, loss of earnings and so on can be granted under the DV Act and these, and maintenance, have to be “…consistent with the standard of living to which the aggrieved person is accustomed”

Under the SC/ST Act, the victims, informants and witnesses are entitled to traveling and maintenance expenses during the investigation, relocation and social-economic rehabilitation.

Under the proposed MASUKA Act, the following is proposed in relation to a witness

“….it shall be the endeavour of the Court to ensure that any witness is not required to attend court on more than two dates of hearing”

Thus we see that various provisions to attempt reduce the trouble for victims is incorporated into these laws.

Even though there are 2 opposing parties involved in any dispute, any attempt to circumventing problems with the system can only favor one side. That is the very nature of remedies attempted. And naturally, such remedies in a law have to be oriented towards the victim(s).

The fall out of these provisions is that they greatly facilitate misuse.

Another common, and extremely important, aspect of all these laws is that there is absolutely no provision for penalty and/or punishment for misuse. This means even if the case is proven to be a deliberately false one, the laws themselves provide no counter measure to punish those who misuse.

For a person who wishes to misuse the law, the following four weapons are available

Given the above, it is a no-brainer that these laws are widely misused.

Laws should focus on accurate description of the crime, the duties of the victim, accused and State upon a crime occurring, the punishment to be meted out and the relief to be provided. If the laws, in addition, venture into overcoming the deficiencies of the justice system, they will end up becoming biased towards the victims and against the accused. Under such circumstances, rampant misuse of such laws is an unfortunate but natural side-effect.