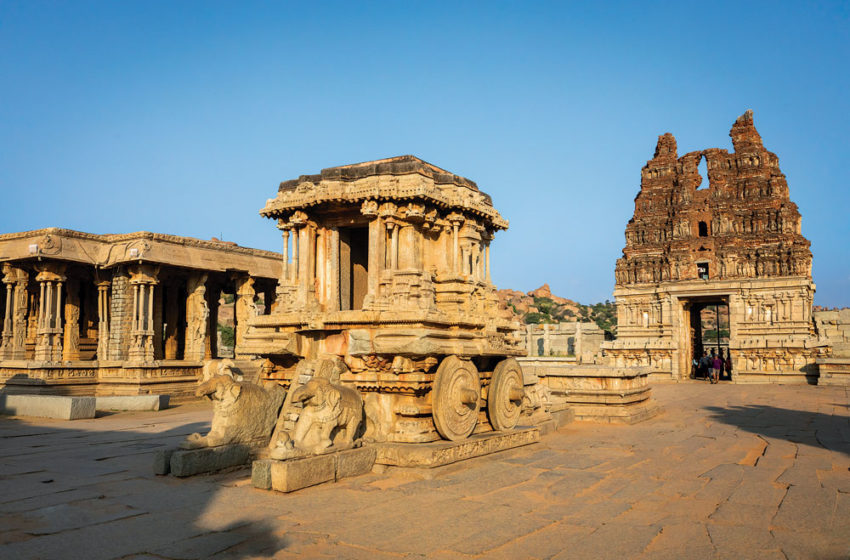 A Hindu resurgence that was a nightmare for the Sultanate, that established the rule of dharma south of the Vindhyas, that reclaimed the ancient city of Madurai from the barbarians with the blessings of Goddess Meenakshi herself, faced a fate of destruction at the hands of the same barbarians they valiantly fought, as it failed to recognize the treacherous nature of some of them who were included in the dharmik army.

A lot of things have been said about the Battle of Talikota. It is time and again recalled to remember how Hindus were backstabbed by Muslims recruited for the Vijayanagara army. However, the pillage that was the aftermath of the battle rarely finds mention in the discussions around the Hindu renaissance. It is said that after the beheading of Aliya Rama Raya, the then regent of the Vijayanagara Empire by the barbarians, the invading army of Mohammedans stayed at Hampi for 6 months to ensure that every part of the thriving city was mutilated.

The word ‘mutilated’ is used here for they couldn’t ‘destroy’ the city even after six months of ravagement. The remains of the religious war stand testament to the fact on how majestic Hampi was and how entrenched in dharma the rulers of the yore could have been to create such time-tested monuments. In a way, we have to thank them for that, as the beheaded murtis in every temple complex and every temple tower vividly show the future generations what the barbarians are capable of and what they are up against.

However, it doesn’t mean they have to continue to lie in neglect treated merely as stones that have archeological importance. Even though the murtis have been removed from the garbhagriha of many of the temples dotting the vast city of Hampi, locals continue to worship what is left. This is not what our deities deserve and with the Bhavya Ram Mandir construction started and petitions to reclaim Kashi Vishwanath and Krishna Janma Bhoomi, the time to restore the glory of Hampi, the crown jewel of the Vijayanagara Empire has come. So does the call to restore the temples of Hampi to their old splendor.

The 19th descendant of Krishna Devaraya who also goes by the name of the great emperor, under whose rule the empire of Vijayanagara and dharma touched new heights has called upon the government to restore the rights of Hindus to build back Hampi to give its past glory and do prana pratishta of murtis in the temples. He has released a statement mentioning the plan to approach the government regarding the same with the guidance of acharyas. Swatantra wishes him and the team success in this endeavor. Let dharma flourish and regain its lost glory. Let Hindus of the land rise to this call and perform their duty as the foot soldiers of dharma.