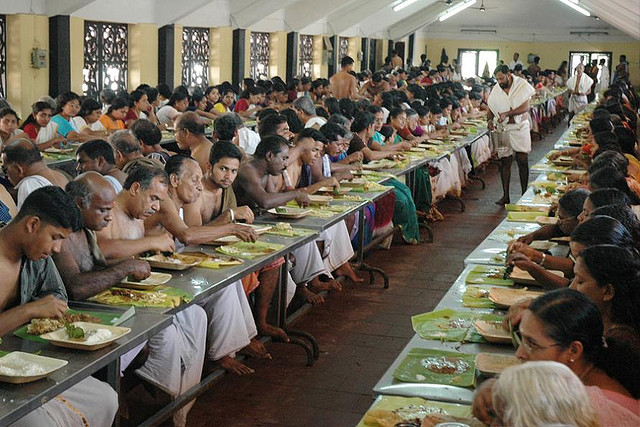 Temples are closed for more than a year due to Covid-19 induced lockdown and the priests and others like garlanders, sweepers, cooks, etc who are dependent on the temple ecosystem for their livelihood are left in a lurch. While the governments are quick to take over a temple and exercise their power to control them through Hindu Religious and Charitable Endowments Act, they hardly fulfill their responsibilities as administrators.

Tamil Nadu’s HR&CE department is infamous for the way it manages ancient temples and their looting is renowned. The height of looting was when temple funds were used to buy cars for ministers and HRCE officials and to even fuel them. Despite being bought using temple money they were treated like public property and used for election duty even, until temple activist T.R.Ramesh pointed it out to the commissioner.

While the so-called pro-Hindu party AIADMK discreetly siphoned off temple money the new government of blatantly anti-Hindu DMK is gleefully tapping into the same to further their political agenda. When AIADMK was in power the government asked for 1 crore as Covid-19 relief fund from the major temples. However after widespread outrage against temple funds being used for non religious purposes the circular was withdrawn.

Perhaps anticipating such outrage the DMK regime found a crooked way to tap into the temple money by ordering the temples to provide food for the homeless, destitutes, Covid-19 affected persons and their relatives in government hospitals. The HRCE minister directed the Executive Officers of the temples to use the Annadana food, (all temples that can afford to provide Annadana provide food for devotees and a separate fund is collected for the purpose), for this purpose as temples are closed and devotees aren’t allowed darshan.

To the gullible it might appear as a good gesture. After all, sanatana dharma prescribes Annadana as the most basic form of dhana and that no practicing Hindu would deny food to the needy. It is indeed a good proposal and temples were already following the same by making parcels of the Annadana food and distributing them to the poor who reside near or come to the temple. Erode Chennimalai Murugan temple followed this even before HRCE minister’s order and fed 100 mouths a day.

However after the minister’s order priests were replaced by party men and banners and party flags were put up to show it as DMK’s initiative to feed the people. It has become more of a party event with the temple background totally wiped off. While Hindu organisations and activists have condemned this blatant violation, they have also called upon the government to distribute the food after it is given as naivedyam to the deities by exhibiting the name of the temples, image of the presiding deities so that people know it is coming from the temples with the blessings of the deities.

Another issue is that neither the minister nor the higher officials of the department seem to have any clue about the execution of the scheme. In the beginning the minister said that 1 lakh people will be fed through temple Annadana and Covid-19 patients and their relatives will benefit from it. However some news reports claimed that even hospital staff, who are not only paid salary by the government but receive incentives as frontline warriors as well, while those who depend on the temple ecosystem go hungry.

Apart from this, the patients in government hospitals are provided meals by the government as it is and Covid-19 patients aren’t allowed to have relatives to attend to them. So the so-called scheme reeks of corruption even before it has taken off and DMK’s legacy only strengthens such doubts. As most of the trustees of temples are politicians themselves, such politicization of temple affairs is unavoidable. So it brings us back to the issue of temples being controlled by the government. While it is not possible to wrest the control back from the government immediately, the least that can be done is to continuously pressurise the government to show that the food is blessed by the deities and distributed by the priests so that Hindus benefit through it instead of the temple money being spent for undeserving abrahamics and so-called rationalists who neither respect Hindu beliefs nor have faith in our deities.