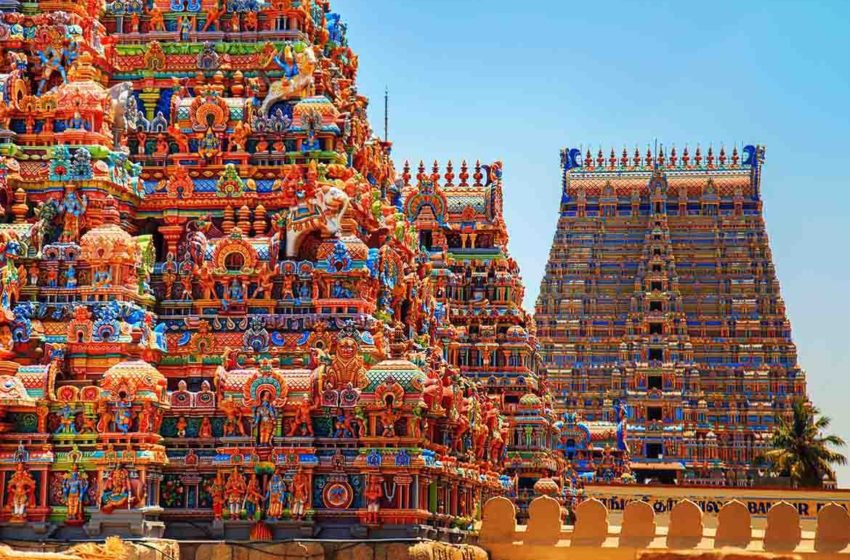 Who is the owner of a Hindu Temple and its properties? To whom does a Hindu temple belong?

Temples are NOT public property,

Temples are NOT Government property,

Temples are NOT Hindu property,

Temples are NOT community property.

Temples are NOT private property,

Even if all the above have donated, patronized, sponsored the temple, the owner of the temple is the deity in residence – Pradhana Devata.

Those who can’t subscribe to that, then simply don’t believe in the ‘Devata’ itself. They then  have no business in intruding in this matter of faith.

Kings would have taken land from the people by force and donated it to the temple, so is it not fair to secularize and nationalize at least the lands and properties of the temples?

(1) At some point in history, any piece of land in use today – residential, commercial, agricultural – would have been regulated/recognized and registered as a deed to a person/institution by the ‘ruler’ of the day – monarchy or democracy.

If an argument is made that such deeds to the temple could have been by coercion, then it also applies to everyone’s private property also, that at some point or other, coercion was used in the registration of the property.

Are those who allege thus of temple properties, willing to play the game with their own properties?

Still if historical evidence is presented, like in the case of Ayodhya, that a land or property was forcibly acquired by anyone – native kings or invaders, then indeed it can be considered to be repatriated to the descendants.

(2) But on that note, if it is alleged that native Hindu kings forcibly took land from the native Hindu population to give to temples, then nearly all Churches and Mosques prior to 1947, were built when the rulers were Islamic invaders and Colonizing Christians, who got to rule India, not by any election, but by force.. Yet the Waqf boards control massive properties, the Catholic Church is said to be the second largest commercial landholder after the government itself.

That evidence is far more obvious, shouldn’t then their properties be secularized and nationalized?

(3) Even today, governments allocate land towards social development for the poor, or to businesses etc. If in case of temples, such allocation of past governments are to be considered coercion and rejected, Then can the future governments take back the land allocated today?

There is also a problem in confusing Kings with autocratic behaviour, therefore always coercive. Sure there were kings of that nature, but the reality is that most kings operated within systems and their own limitations, it would not make sense for a king to impoverish the people to build temples.

At least if they had built fancy palaces for themselves, one could suspect vanity. But in India, we have 1000-1500 year old temples for the deities, but how many palaces do we have of that vintage?

That itself is evidence that temples were not built for the King’s vanity, but as a monument enshrining the faith of the people of the kingdom towards the deity. So little chance of any coercion.

And epigraphic evidence clearly indicates that donations came from all sections of the society, from the powerful, influential to the poor, who would at least donate oil to light the lamp of special days.

That is how temples are true heritage, and not because some king was the primary sponsor.

We can see that happening with Ayodhya Ram Mandir today, how ordinary folk from all walks of the society donate whatever little they can.

If they are told today, that 500 years later, 1000 years later, somebody will allege that the temple was built by forcibly taking donations from the people and therefore all the properties acquired by the donations, should be secularized and sold off, how hurt will they be?

Similarly how can we claim to value our heritage, when we see the donations and properties of the temple only in terms of monetary value, as revenues, completely ignoring the sentiments, the faith of the people who donated and established the temple and its traditions?

(4) Right to property used to be a fundamental right in the Constitution, but the hardening of Socialism over decades have removed that right from us. And nobody cares, until it is their own property.

And since Temples are ‘nobody’s property’, everybody including the Secular State does not care what happens to them, giving space for them to be looted, encroached etc.

For the state and such people, temples are not spiritual, cultural, historical places of significance, but merely another ‘taken for granted’ resource like forests, rivers, mines etc. to be thoroughly exploited, officially by ‘developing’ them into tourist spots, taxing the revenue and unofficially by encroachment, corruption, smuggling and finally legalizing all the above, in the name of socialism.

The Odisha government has a fantastic scheme for secularization and then privatization of the Jagannath Puri’s lands.

Longer the person has encroached the temple land, cheaper will be the price to pay to regularize that encroachment, and not costlier the penalty to pay for such an encroachment.

All were ignored in this act of the Secular State rendering Social Justice.

Why not have the board suggested by BJP’s J.P.Nadda comprising Sadhus and Scholars to manage all temples and their properties?

Again controlled by the government?

The British crown was a major stakeholder in the East India Company, so controlling its activities to great extent. And when the 1857 uprisings happened against the company, the Crown crushed it, simply transferred the control from the Company to itself as the British Raj,

A Waqf board for Hindus, as a solution to the mismanagement, corruption and looting, really?

Has anyone recently checked how the Waqf Boards has been performing?

Yet another corrupt mess, except that the corruption is kept within the Islamic community, whereas with Hindus, it is secularized and looted by all parties.

If that is the answer, then I suggest the board for Hindus be named as the “Fawq board”, the homophone.reflects the true meaning.

“In the Secular Sultanate, Muslims get the Waqf, Hindus get the Fawq”

A Western scholar Dennis Hudson wrote a fantastic book on the Vaikunta Perumal Temple of Kanchipuram. And he titled it “The Body of God: An Emperor’s Palace for Krishna”. I do not know what inspired him, but he definitely was more true to what a temple is, “The Body of God”, whereas the Secular State considers the temples as “Corpses to be looted”.

As to the apathy of Hindus, the Islamic invaders and Christian colonizers, had a far better cognizance of what temples meant, that they intentionally targeted them, than we such disgraceful legatees of the civilization.

In Tamil, there is a saying which translates to “Seize Shiva’s property, ensure dynasty’s destruction”, yes it won’t be immediate, but it will echo down the generations. But we blithely as a nation have been enabling such seizures across all temples.