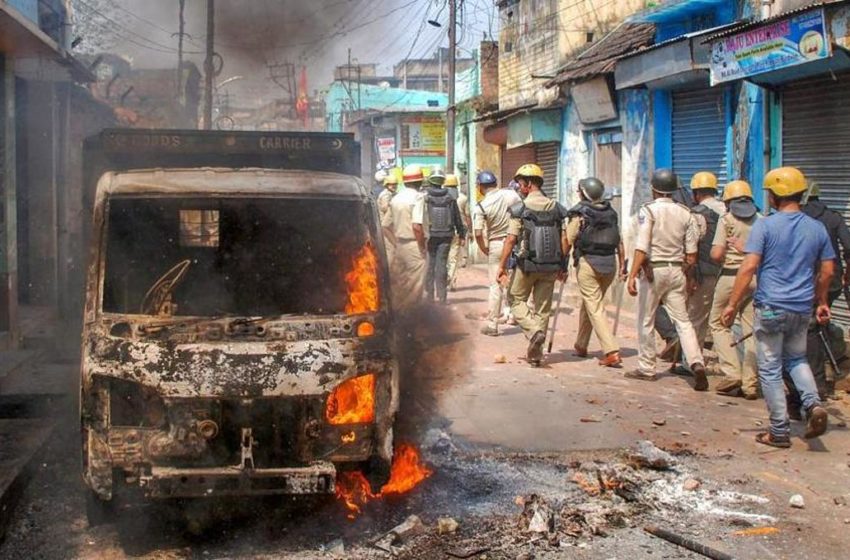 Translator’s Note: Poem no. 70 from Tagore’s Naivedya (“Offerings”), an anthology of prayerful lyrics composed in the most graceful idiom of the Bangla language, acquires a special significance in this ‘age of inaction by the powers that be’ – an age when the wicked run amok and continue to wreak havoc with impunity in West Bengal and other places in the country. It reminds us of the words of Desiderius Erasmus Roterodamus: “He who allows oppression shares the crime”. The poem is a prayer of a Bhakta, a devotee, to the Great God Rudra of the Vedas – the Chastiser, the all-powerful presiding deity of dissolution of the cosmos – to the effect that the conscience of the Bhakta may never be smokescreened by fear, or by delusion of forgiveness (or Moha and a concomitant weakness of the heart, the kind that held sway over Arjuna at the beginning of the Bhagavad Gita), or by the machinations of the trickster. Here the sincere Bhakta prays intensely to Rudra so that his utterances are forever inspired by the Great God, enabling him to always speak truth to power; so he may act – in whatever little capacity – as a dispenser of the Divine Will to effect justice; and so that the wrath of Bhagavan Rudra may never spare the oppressor, nor the ones who allow oppression, thus sharing in the crime.

The staff of thy Justice on every hand

Thou hast placed thyself. Upon each man

Hast thou bestowed his part to rule, O King of kings!

This great honour, this severe task of thee

May I receive, in all humility, with a bow unto thee!

In doing thy work, my lord, may I dread

Where mercy is but a frail weakness,

O Rudra! May I there become ruthless

By thine own decree. Let a mere hint from thee

Upon my tongue! May I live up to thy trust

By taking my seat in thy court of the just!

He who does wrong and he who it tolerates –

May thy contempt burn both like blades of grass!