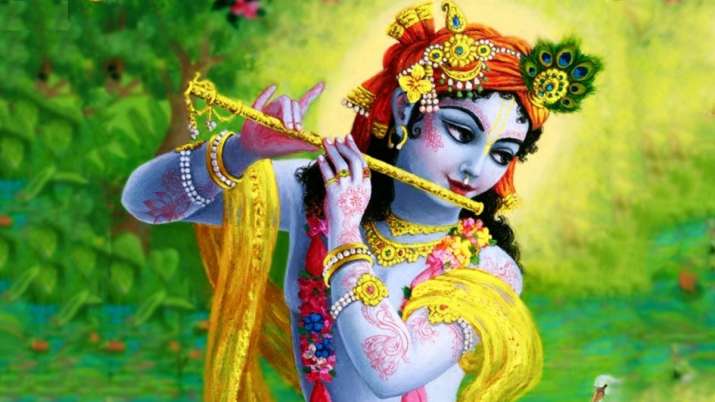 This Krishna Janmashtami, the first after the historic Supreme Court verdict that handed over the control of Ram Janmabhoomi in Ayodhya to Hindus, is especially significant considering that one of the most popular slogans of the RJB movement ended with “Kashi Mathura baaki hai”. Serendipitously, this Janmashtami falls a week after the Bhumi Pujan of bhavya Ram Mandir in Ayodhya. While much has been spoken about the heroic and long-drawn struggle of Hindus to take back what rightfully belonged to them, an even longer struggle of Hindus with respect to the possession of Krishna Janmabhoomi over the last thousand years has taken a backseat.

We know that Mathura is the birthplace of Bhagwan Shri Krishna. As per the Puranas, Krishna was born at the midnight of Rohini Nakshatra conjoined with Ashtami Tithi in the dark fortnight of Shravana Masa to Devaki and Vasudeva who were held in the prison of King Kamsa at Mathura. On the basis of various studies, historians like Dr Vasudev Sharan Agarwal and Shri Krishna Dutta Vajpayee have acknowledged that the site of old Katra Keshavdev temple (also popularly known as Keshav Rai) in Mathura, which is now hosting the Shahi Idgah constructed by Aurangazeb, is the true birthplace of Krishna.

Janmabhoomi – A story of construction and destruction:

In the loving memory of Krishna’s birth, a grand temple was built at the Janmabhoomi. Just like the famous Somnath temple, the temple at Krishna Janmabhoomi was also attacked many times by the invaders. But sadly, unlike Somnath where Mahadev has reclaimed his abode, the dispute here remains unresolved. As a result, Bhagwan Shri Krishna is yet to reclaim his birthplace. Here is an account of the number of temples constructed at Shri Krishna Janmasthan and their devastation at the hands of invaders:

After its destruction at the hands of Sikandar Lodi, the Krishna Janmabhoomi temple was rebuilt by Raja Bir Singh Bundela, the ruler of Orchha under the Mughal empire. As per Maasir-I-Alamgiri, which is an annal of the events that transpired during the reign of Aurangzeb, Bir Singh Bundela assassinated Shaikh Abul Fazl, the Grand Vizier of Akbar and the author of Akbarnama, at the behest of Jehangir as he opposed the latter’s claim to the throne as the successor of Akbar. In the process Bundela earned the favour of Jehangir. After ascending the throne of Mughal empire, Jahangir asked Bundela to ask for a reward for his services and Bundela promptly asked for permission to build a grand temple for Keshav Dev at the site of Krishna Janmabhoomi. What more can stand as the testimony of the perseverance of Hindus to reclaim Krishna Janmabhoomi than the fact that a Hindu king, when given a choice, chose to seek the permission to build the temple at the holy site over personal benefits? Despite being contemptuous of Hindu traditions, Jahangir granted permission for building a temple at Krishna Janmabhoomi as he regarded Bundela as an invaluable ally.

Thus, a grand temple was erected by Bundela at this spot at an expense of thirty-three lakh rupees. However, this temple, which was popularly known as the Dehra of Keshav Rai existed only for about half a century as Jahangir’s grandson, Aurangazeb, launched an attack on this temple as a part of his campaign to end ‘infidelity’. Aurangazeb’s army razed this temple to the ground and buried all the murtis of this temple under the mosque of Begum Sahib in Agra so that they could be continually trodden upon by the ‘faithful’. The Mughal emperor then ordered for the construction of a Shahi Idgah at the site of the temple and changed the name of Mathura to Islamabad in order to erase the Hindu identity of the town.

The Scindia dynasty was founded by Ranoji Rao Scindia, the Maratha Sardar of Peshwa Bajirao I.  The association of the Scindias with Gwalior and Ujjain commenced when the Mughals started to lose their prominence due to the rise of the Marathas. Mahadaji Scindia, the fifth and youngest son of Ranoji, played a prominent role in consolidating the position of Marathas in North India. In 1755, the twenty-five years old Mahadaji Scindia captured the town of Mathura by himself and freed it from Muslim rule. Being a devotee of Lord Krishna, he rebuilt several dilapidated temples in Mathura and even set up a school for the teaching of Sanskrit. According to the local anecdotes, he banned Namaz at Shahi Idgah of Mathura and also nationalized that land. Later, the land passed on to the British after the second Anglo-Maratha war.

During the British Rule in 1815, the East India Company had auctioned the entire Krishna Janmabhoomi area (also known as Katra Keshav Dev). It was acquired by Raja Patnimal of Banaras. Raja Patnimal acquired the land with the motive of constructing a temple for Bhagwan Shri Krishna at his janmabhoomi but he was unsuccessful in doing so. After his death, his descendants acquired the Janmabhoomi land. In the 1930s, the Muslims of Mathura filed two civil suits against the owner of the Idgah land, Raj Krishna Das who was a descendant of Raja Patnimal. Muslims demanded that the ownership of the land be transferred back to them through these suits in the Allahabad High Court. However, the claim of Muslims was quashed by Allahabad High Court as it ruled in favour of Raj Krishna Das. Thus, by 1935 the ownership of Krishna Janmabhoomi was strongly in the hands of Hindus.

When Mahamana Pandit Madan Mohan Malviya came to Mathura in the year 1940, he was very disappointed to see the plight of Shri Krishna’s birthplace. He wrote a letter to industrialist Jugal Kishore Birla seeking his help for the re-establishment of the temple at Sri Krishna’s birthplace. Respecting Mahamana’s wish, Birla bought Katra Keshav Dev land from the then heirs of Raja Patnimal on February 7, 1944. Unfortunately, Mahamana died before he could build the temple at Janmabhoomi. Therefore, as per Malviya ji’s last wish, Birla established a trust for Sri Krishna Janmabhoomi on 21 February 1951 and the land was vested in the trust. Leading personality, Sri Jaidayal Dalmia, and many other prominent Hindus were appointed trustees of this body. Later a society named Sri Krishna Janamsthan Seva Sangh was formed to take up construction of the temple and maintain the Janmasthan.

Muslim attempt to claim the land and 1968 agreement:

Enraged by these developments in Krishna Janmabhoomi, the Muslims once again sought the ownership of Idgah. Another flimsy suit was filed by them, which also got rejected in 1960 with the declaration that the land belongs to Krishna Janmabhoomi Trust and that Muslims had the right only to perform Namaz during Id.

A Janmasthan chabuthara was built adjacent to the western wall of the Idgah.  Another case was filed against building of the temple in said property. Meanwhile, the political climate was changing on the horizon. In 1967, Congress lost the assembly elections in UP. Charan Singh became Chief Minister of the state by breaking away from Congress and forming the government with the support of Jan Sangh, which was the second largest party in the assembly after Congress. Indira Gandhi brought President’s Rule in the state in February 1968 during one of her purges against non-Congress State Government. During the President Rule, under the ‘supervision’ of local government officials, a compromise agreement was entered into by Sri Krishna Janamsthan Seva Sangha and Shahi Masjid Idgah Trust. As per this, management of Idgah was left to the Idgah Trust and the Idgah Trust gave up its claim to the rest of the land in Katra Keshav Dev except the Idgah and certain parts of the land allocated to it. The compromise was submitted before the court, which pronounced a decree accepting the same.

There are multiple problems with the compromise agreement. The trust was formed with the object of building a grand temple on the site and as such, any agreement which compromises on the said objective cannot be made – since it would be a breach of trust by the trustees. But even more important is the fact that the compromise was signed by Sri Krishna Janamsthan Seva Sangha, which was not even the owner of the property but created for the sole purpose of constructing the temple. Property vests with the Trust. Hence, the agreement is invalid ab-initio and the decree issued by the court based on said compromise has to be set aside.

This legislation was enacted by the Congress government in 1991 – denying the right of Hindus to reclaim their places of worship which were occupied by aggressors in the past. The legislation states that the religious character of any place of worship as on 15th August 1947 shall remain as such – making it a criminal offense to alter the same. Sri Ram Janmabhoomi dispute was given an exemption from this rule.

The Places of Worship act – which creates an unacceptable bottleneck in the path to justice for Hindus of the nation – has to be repealed or more exemptions ought to be given under the act to enable reclamation of the major holy sites of Hindus. Given that the compromise agreement is invalid, the decree issued by Court has to be set aside. The land belongs to the Sri Krishna Janambhoomi Trust. The Muslims lay claim to the Idgah which stands on Hindu land. Just like Abu Simbel temple of Egypt, the government should disassemble the Idgah and reassemble the same on some other land owned by the Muslim community in Mathura district. Unlike Hindu religion which deifies land, rivers, trees and even nature in general, Islam has no such attachment to any particular place since they cannot deify any piece of land under the tenets of their religion. We see that Arab nations routinely pull down mosques for various development projects and the land is used for non-religious purposes. At best, it could be argued that the Idgah has some heritage value attached to it. But the Muslim community has no special attachment to the land of the site – whereas the Hindus do. That the ownership of the land belongs to Hindus – has been established by several courts already. An alternative location would also make the structure accessible to Muslims around the year as opposed to being restricted to only Eid.

Thus an amicable and feasible solution would be to shift the Idgah to another location and allow the Hindus to reclaim their holy site and fulfill the dream of our civilizational hero, Mahamana Pandit Shri Madan Mohan Malviya. Given that the ownership dispute is already settled in this case, there is no reason for any lengthy court battle again. All it requires is the will of the devotees and government of the day to do justice to Hindus.

Sandhya Krishnan is a Chennai based finance professional who is extremely passionate about history and literature. 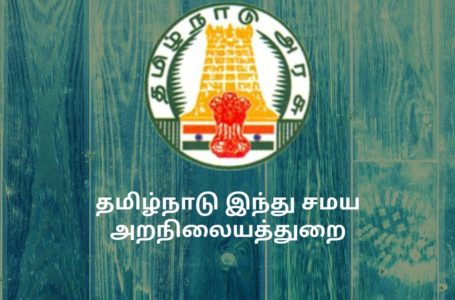 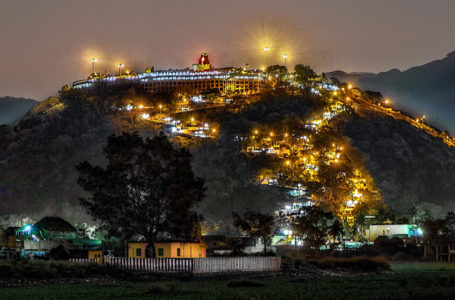 Secular Government and Mismanagement of Temples –... 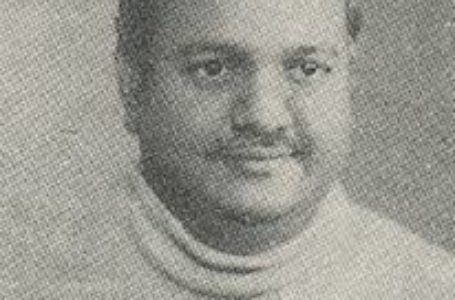