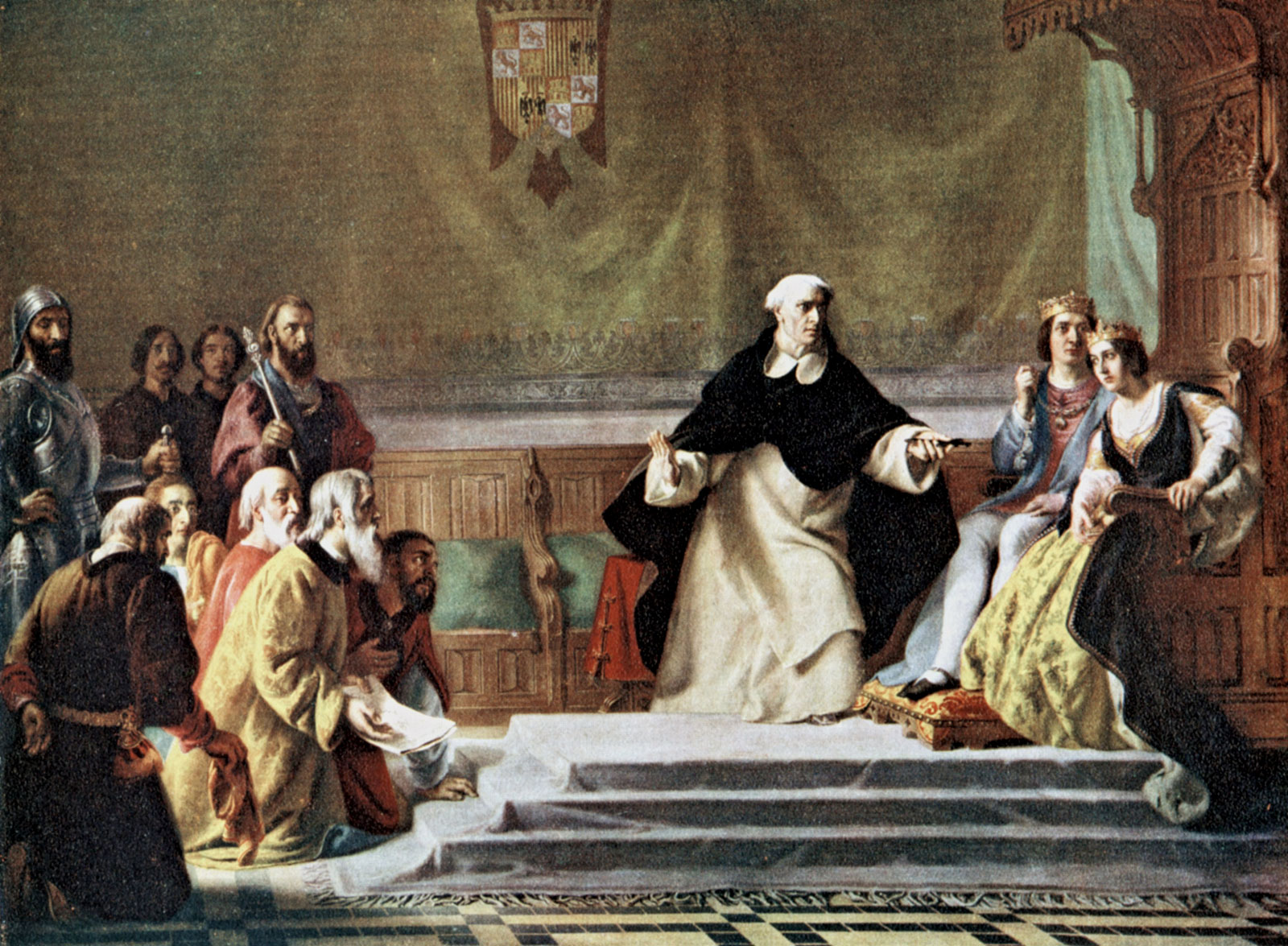 Based on the book “The Goa Inquisition” written by Anant Kakba Priolkar.

In the 15th century Spain, there existed a chap named Thomas de Torquemada. In his youth, during one of his travels, he was smitten by a woman of Cordova. However, she didn’t return his advances and instead married a Moor. From then on started Torquemada’s lifelong hatred for the Moors. Jilted, he went to Zaragoza to study theology and eventually entered the convent of the Dominicans. There, Torquemada gained access to the archives, which made him aware of the authority which the Inquisitors enjoyed. This coupled with his hatred, his ambition & burning desire for revenge prompted him to seek the establishment of the Inquisition.

A few years later, he ended up as a confessor of a young princess of Castile named Isabella. He sought to infuse into Isabella’s mind the same spirit of fanaticism as his own. But she wasn’t someone who would easily lend to his machinations. So he extracted a promise from her that should she ever come to the throne, she would devote herself to the extirpation of heresy & exaltation of the catholic faith.

As fate would have it, she married King Ferdinand of Aragon.

During this time, Jews in Spain occupied the foremost positions in many fields. This provoked a lot of envy of the Christians. In addition to that, many of the Christians owed a great amount of money to the Jews. From time to time, in the 15th century in Spain, there were outbreaks of rumours about the contempt the Jews exhibited towards Catholics and how they spoke blasphemously against the Catholic faith.  Many of these rumours were in fact spread by the fanatical clergy, probably encouraged by the debtors, since for them it was a quick way of settling debts!  As a result, riots broke out and a great number of atrocities were committed against the Jews, who were forced to convert to Christianity to save life & property. Many of these Jews who converted, were Christians only in their outward appearance. In the privacy of their homes, they continued to follow their old faith. This didn’t remain secret for long & soon the Christians got wind of it. This is when the demand for establishing Inquisition started.

Ferdinand was favourable to the idea since it gave an opportunity to fill the royal coffers. Isabella, however, wasn’t. However, the clergy, including those people in whom she confided persisted and she eventually gave in. She asked the pope for a bull introducing holy office in 1478. However, she didn’t initiate the actions under the authority given to her immediately. She dilly-dallied by asking the archbishop to prepare a catechism that would educate the new converts into the Christian ways. However, ultimately in 1481, the royal couple were forced to give consent for establishment of Inquisition. During 1481, 800 people were condemned & burnt on stake in seville. 80 were imprisoned for life. In the bishopric of Cadez, 2000 people were condemned to be burnt to death.

In 1483, Pope Sixtus IV appointed a senior Dominican Clergyman as the Inquisitor General of Castile & Aragon & tasked him with preparing the new constitution of Inquisition which came to effect in 1484.

This man was none other than Thomas de Torquemada!! He became the first Grand Inquisitor.

A lot of Jews in Spain escaped to neighbouring countries. However many of them, being attached to their lands preferred to remain in Spain. They offered to pay 30000 ducats to Ferdinand just to let them remain in Spain even at the risk of attracting the attention of Inquisition tribunal. The royal couple was favourable to this offer – Ferdinand out of avarice, Isabelle out of magnanimity. However, Torquemada wasn’t impressed. “Judas Iscariot sold his master for 30 pieces of silver. You want to sell him for 30000 ducats. Here he is, sell him” – he thundered before the Royal couple throwing a Crucifix on the table.

This form of persuasion did the trick & changed the minds of the royal couple. In 1492, it was decreed that the Jews be banished from the Kingdom, giving them only four months to settle their affairs. There was a fire-sale of their properties. They migrated to Turkey & Portugal. Portugal allowed them under the condition that they pay capitation tax and leave the country in eight months.

We shall end this chapter here by taking stock of the horrors that occurred in Torquemada’s regime – 8,800 new Christians were condemned to be burnt on stake. 90,504 were imposed with other forms of penalties.

A jilted lover embraced the religion of love. As a result, initially, the Jews of Spain suffered. But subsequently, this suffering reached Hindu communities on the distant shores of Goa.