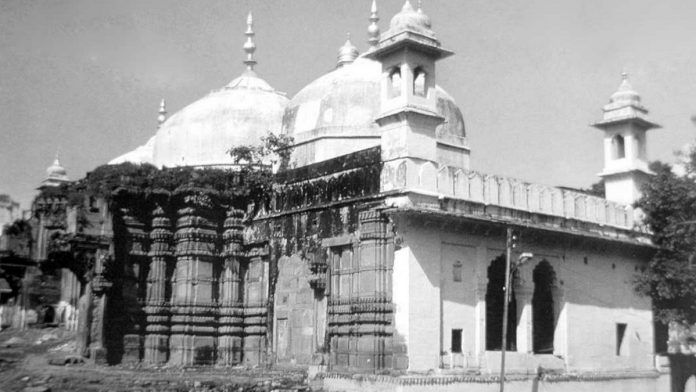 PoW, the abbreviation for ‘Prisoners of War’ is also suitable for the 1991 Places of Worship Act, which prohibits changing the religious character of any place of worship as it existed on the 15th August 1947, excluding only Ayodhya. While all other nations who have had intercommunal tensions and conflicts, dealt with it by having a “Truth and Reconciliation” exercise, the Secular State of India prefers “Lies and therefore Repetition”. Just lie about history, repeat ad nauseum that history got reset in 1947. Hence the “PoW Act”.

But for now, let us leave aside the history before 1947 and ask whether the “religious nature” of the temples have not been changed since 1947, by the Secular governments themselves. Flagrant breaches at Sabarimala and Shani Shingnapur are but the recent cases where the religious character of the temples have been changed. But the Seculacharyas of the Supreme Court have self-conferred authority to declare what is ‘essential’ and what is not in the Hindu religious practice. Rather convenient, like saying “I promise not to intrude in your private space. But I get to define the boundaries of that private space”.

A similar dodge is used by the Secular governments in their insidious scheme of colonising Hindu temples – that it is only the non-religious functions of the temple, which are controlled by the State. Now imagine the same being applied to a private company, say Tata Motors. The core function of the company is to make cars on the factory production line. So the government says it won’t intrude in that and Tatas can run that on their own. But everything else – Finance, HR, Accounting, Marketing etc. – all these departments will be controlled by Sarkari Babus. Would it remain a private company anymore?

But that is what is being done with Hindu temples – Prisoners of War. The war being waged by Secularism against the native heritage of this nation. Hence PoW Act is rather apt, because it protects only the invasive structures from Mathura to Mylapore (San Thome cathedral built by destroying original Kapaleeshwara temple), but not the corrosive actions by the Secular State upon the imprisoned Hindu temples. Prisoners don’t get good treatments, do they?

Anyway, there is now some stirring among Hindus and a realization that the Hindu temples are innocent prisoners, imprisoned by the state.

Yet it confounds me, that even people who want temples to be freed from the government, have little understanding of what freedom entails.

Some of their expectations:

Let us consider that the Hindu Temples are a group of innocent prisoners, unjustly imprisoned and are now being released, with their property and dignity purportedly restored, but with the following caveats.

Is that even freedom for the innocent or a conditional parole for the criminal?

“We apologize as a society, here is all your property, please let us know how we can help for you to live well and prosper” – that is how innocents should be freed. And not with such finger-wagging preconditions and expectations.

These innocent prisoners – Hindu Temples, have a long glorious history and even in imprisonment, have retained considerable agency. So instead of offering to help them regain their strength and independence, a section of Hindus want to infantilize them. It is ok to be concerned, but our private concerns can’t be impositions or conditions for the freedom of HIndu temples. Instead these concerns should propel us to engage with a local temple or the kula devata’s temple and see how we can help. Even if we can’t, at least not be an obstacle for their freedom, with our imagined forebodings.

Is there a parallel with the recent case of Vishnu Tiwari, an innocent imprisoned for 20 years on the basis of false accusation and in the name of social justice – atrocity against SC/ST, somewhat similar to the excuse used by the governments to take over temples, and released now with no prospects, no family, body broken and Rs. 600 in hand. Does he deserve an apology and compensation from the justice system or a series of conditions on how he should live the rest of his life?

Helping him or the temples to revive and restore, should be done without further infringing on their independent agency. Temples are not answerable to the general public, Hindu community or the government, outside the context of laws as applicable to any other institution. We seek freedom for temples, not parole.