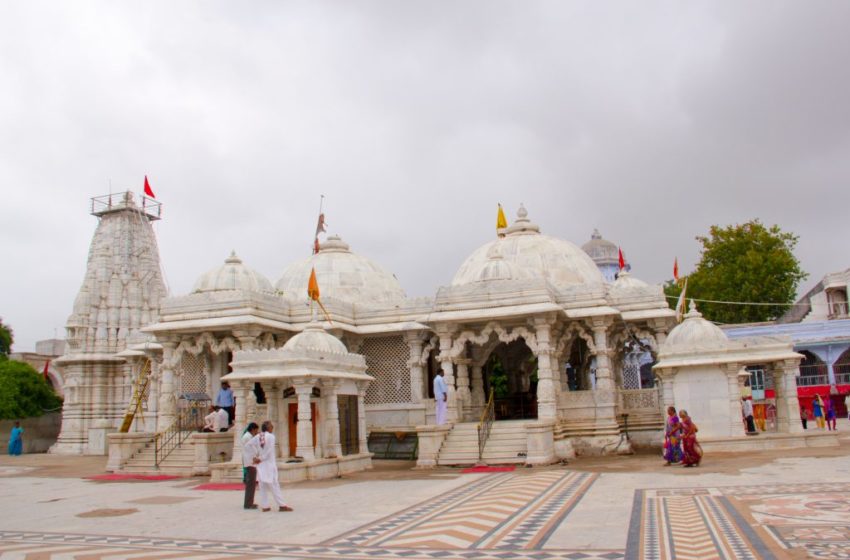 There is a lot of discussion on this question of “Who will control temples once Government goes out?”. There have been some contrasting views. One is from BJP regarding a separate Board of administration consisting of Saints and Scholars (which I disagree with). One is from the Hindu Charter on so-called “Inclusive management” to face conversions (the final draft is not yet out but I still disagree with the broad idea). And finally, Indic Collective Trust (which I agree with and support) provides answers to all questions on alternate management framework, and which provides major emphasis on Sampradaya. But there is 1 major issue that has not yet been touched upon. All these suggestions on alternate temple management framework from, Indic Collective Trust,  BJP and Hindu Charter is only applicable for those temples which have been under the control of the Government for eternity( Around 40-50-70-80-90 years or even since the British times) because in some cases(not all but some) it would be difficult to determine the Sampradaya of that temple or identify who are the exact traditional custodians of that temple or maybe identify what was the earlier scheme of administration. But What about those temples which have been recently taken over by the Government (in the last few years (2017-2021) or maybe in the last 10 years from 2011- 2021)?

The suggestions and ideas provided by Indic Collective Trust, BJP and Hindu Charter won’t be applicable for recent temples takeover(Minimum Year of Consideration would be 2011-From 2011 to 2021, all temples which are being taken over by the Government) because you can easily identify from whom the recent temples have been taken over from. Even, the devotees who would visit the temple regularly for so many years would easily be able to identify from whom these temples have been taken over from(Recent Temples Takeover from 2011-2021). As a Starting point to the #FreeHinduTemples Campaign, temples which were taken over recently must be given back to traditional administrators. As I stated, you can easily identify the traditional administrators for these temples. So, given below are some examples of recent temple takeover cases which will be exempted from all suggestions and ideas on alternate temple management framework.

1) Vishnupad Temple: takeover in 2011-2021(case going on in Patna high Court and case being filed by traditional administrators)

4) Sadadshiv Mahadev temple, in Himachal Pradesh was taken over in 2018 and the case has been filed by traditional administrators.

5) Nilkanth Mahadev temple Kandapatna in Himachal Pradesh was taken over in Feb 2021. A 24-member executive committee was formed, and out of this, 12 are government officers.

8) In 2011, Gujarat Government took control of the famous Becharaji temple in the Mehsana district.

I may have forgotten to add some more examples of recent temples takeover cases from 2011-2021. But the point i like to emphasis is, there should be no discussion on an alternate management framework for the recent temple takeovers. Give the temples back to the traditional custodians as you can easily identify them because the temples were taken over only recently (from 2011-2021). In the above 9 temple takeover cases, majority of the temples were taken over on basis of allegations of financial fraud against traditional administrators, without providing any evidence. What is the solution for this? There are 2 solutions. First Solution is the implementation of the 2014 Chidambaram temple Judgement (Subramanian Swamy vs State of Tamil Nadu) which provides the distinction between Supervision and Control as stated in Article 25 of the Constitution. Chidambaram Temple Judgement states the following: Government has to provide proof of financial mismanagement by private parties and once the evidence is provided for financial fraud then Government can takeover temples only for a limited period (3 to 5 years) to cure the financial fraud. After curing the financial fraud or mismanagement, Govt must return the temples back to the traditional administrators.

The second solution is that Govt should ensure a mandatory external audit for rich temples (under Article 25(2)(a) of the Constitution) to prevent any financial fraud in private temples. My final point is that- Many Hindus argue that the “Government cannot easily free temples because it has been under Government control ever since independence and so it will be difficult to free these temples unless there is an alternate management framework”. My point is -” Arrey, as a Starting point at least free those temples which were recently taken over by the Government in the last 10 years. What difficulty is there to identify the traditional administrators of these temples which were taken over by Government in last 10 years.” Hindus should tell the govt that as a starting point free all those temples which were taken over recently (as examples of recent temple takeover are provided in above 8 points). There is no discussion and debate required at all for recent temple takeovers (from 2011-2021). In the above 8 temple takeover cases, if the Government does not provide in writing “the proper proof of financial mismanagement (by traditional administrators) and the period of the takeover of these temples”, then the temple takeover by Government is unconstitutional and illegal and so my demand as a Hindu to the Government -“As a Starting point, free all those temples which were recently taken over from the period 2011 to 2021.”

Discussion and debate on alternate temple management framework will fortunately or unfortunately continue for temples under the control of the Government for the past 30-80 years.  But there is absolutely no discussion and debate required for temples taken over in the recent past (2011-2021). So free these temples immediately as a starting point if the period of takeover is not mentioned by the government in writing. After freeing the temples which were taken over recently, the debate and discussion can continue with alternate temple management framework for temples under Government control in the past 30-80 years.