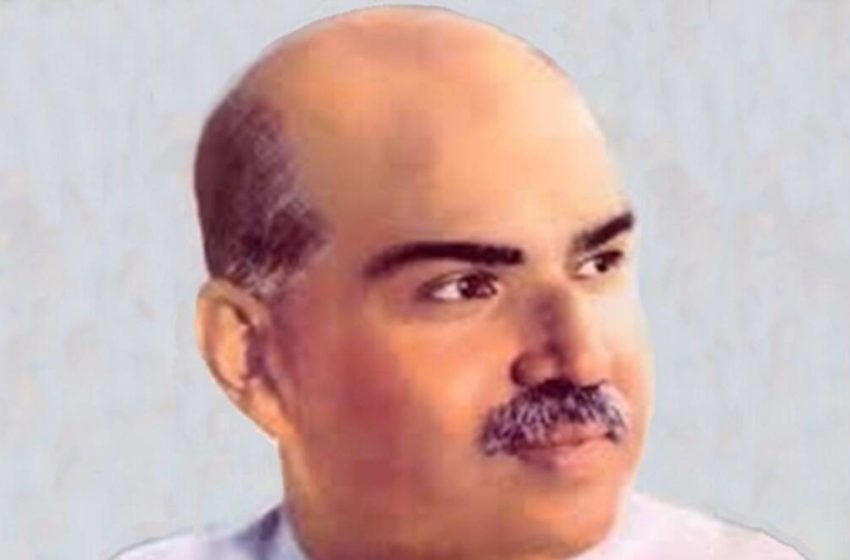 In the galaxy of freedom fighters, the name of Dr. Syama Prasad Mookerjee shines almost like a star. He became a legend in his lifetime for his range of contribution in preserving the unity and integrity of India. It is, indeed, a pleasant journey in the memory lane to recount some of my acquaintances with this remarkable man.

Let me start with the year 1935. It was this year when the Government of India Act, 1935 became operative. Under this Act, India was to be a federation of British provinces, princely states and a few directly administrated areas like Delhi. There was to be a bicameral federal legislature in which the states were given disproportionate weightage. Of the eleven British provinces, four provinces, namely, the North-Western Frontier provinces, Sind, Punjab and Bengal were having Muslim majority. Under this Act, elections were held in 1937 for the
provincial· Assemblies. The parties which took part in the election were: the Indian National Congress, the Muslim League, the Hindu Mahasabha, the Zamindari League (founded by Sir Fazal Hussain, Sir Sikander Hayat Khan and Sir Chottu Ram) and the Krishak Praja Party of A.K. Fazal Haque. Congress Ministries were formed in July 1937 in seven out of eleven provinces. Surprisingly, the Muslim League could not secure majority in any of the four Muslim majority provinces. The whole credit for thwarting the electoral designs of the Muslim League in Bengal goes to none other than Dr. Mookerjee. It was through his efforts that the Krishak Praja Party led by Shri.· A. K. Fazal Haque could form the Ministry in Bengal.

The course of the Second World War (1939) and the bitter opposition of the Indian National leaders towards war, the resignation of Congress Ministries and the launching of individual Satyagraha by Mahatma Gandhi are too well-known to be recounted here. The events of 1940 and thereafter cast a spell of gloom in the political sky of undivided India. In 1940, the Muslim League under the leadership of Mohammad Ali Jinnah passed a resolution demanding partition of the country and the creation of a state to be called Pakistan after independence, constituting the Muslim-majority provinces of Bengal, Punjab, Sind and North-Western Frontier province. It was at this critical juncture, Dr. Syama Prasad Mookerjee came forward to oppose the unholy design of the Muslim League tooth and nail. The cooperation and help lent by Dr. Mookerjee to Shri A.K.Fazal Haque in not allowing the formation of the Muslim League government in Bengal is no mean contribution of that great patriot. Though at a later stage, the Muslim League under the leadership of Nizamuddin, could succeed in forming a Government in Bengal with the help of the British, the relentless opposition by Dr. Mookerjee to the cause of partition remained as ever.

In 1946, elections to the Provincial Assemblies were held. While the Muslim League was able to form the government in Bengal and Sind provinces, in other States the Congress formed the government. In Punjab, there was a coalition government.

The unprecedented communal riots which took place in Bengal, Punjab and other urban areas of the country as a result of the direct action started by the Muslim League deeply stirred Dr. Mookerjee. He did his best to fight against this communal holocaust.

The decision of the British Government in 1947 to partition the country was an unfortunate sequel to the unhappy developments. Dr. Mookerjee, who was bitterly opposed to the idea of partition; when realised that division of the country was inevitable, threw his whole weight for the unity of Bengal and Punjab. It may be recalled that the Muslim League was hell-bent to incorporate Calcutta and Lahore with Pakistan. Dr. Mookerjee, with the active cooperation of the leaders of other parties, especially the Congress, became successful in retaining Calcutta with India.

The 15th of August 1947 saw India independent but divided. A trail of agony followed suit. The job of integrating the princely states with the union of India became a paramount concern for the leaders of independent India. The two princely states namely, Jammu and Kashmir one of the biggest in area; and another, Hyderabad State, with the largest population, did not accede to India right after independence.

The works of Dr. Mookerjee in independent India in various capacities are as striking as his efforts in preserving the unity of Bengal in pre-independence days. Syama Prasad Mookerjee joined the Union Government led by Pandit Jawaharlal Nehru. I had the privilege of becoming a member of the Parliament and observing his style of work from close quarters. As a Minister of Industry and Commerce. in the Union Government he showed his skill and acumen as a leader of men.

Besides much else, Dr. Mookerjee was an outstanding parliamentarian. He took a keen interest in the debates of Parliament. I still remember that day when I pressed the demand for the control of prices of diesel engines meant for irrigation. To this, he remarked that he was surprised to see that an honorable member who was for decontrol and against controlled economy had come out for control of prices of diesel engines. I, of course, did not miss .any chance to speak against the control of foodgrains in the interest of fanners.

Indefatigable as he was, Syama Prasad was a man of words. Examples of his courage of conviction are galore. He was against Article 370 and such other restrictions barring entry into the Jammu and Kashmir without prior permission. He was in favour of complete integration of the State of J&K with Indian union. After resigning from the Government, he became the founding father of the Bharatiya Jan Sangh and was its first president. As a Leader of the Opposition in the Parliament, he was disarmingly articulate. He was successful in evoking adverse comments on his remarks, especially from Pandit Nehru, which suited to his political strategy.

Above all, his passion for the unity and integrity of India made him earn respect from all quarters. His announcement in Parliament in 1952 to defy the restrictions imposed on his entry to J&K speaks volumes of his patriotic zeal. He fought for the unification of India: a cause for which he even laid down his life.

(Ch. Ranbir Singh is a former Member of ParIIarnent and a contemporary of
Dr. Mookerjee)