I have discussed this matter with many people who represent this point of view and others who are not orthodox. Somehow, the country is divided today.  How to proceed in the matter? As I said, it is not a Press law, that something is in danger and so you must go and pass the Press law somehow and operate it. This is not an amendment of the Constitution. It is not a political matter. In fact, we may differ on matters of politics. But there should be a fundamental agreement with regard to the need for introducing reforms into our great country, which will make our civilisation more progressive and more advanced. That should be our common ground of approach. Those who are following the existing practices, those who are abiding by the provisions of the existing laws are not retrograde. The tragedy is that many of the supporters of the Bill, who have been carried away by their notions of so-called progress and advance, in their exuberance think that what they think is the last word on the subject, that they represent progress and the others are retrograde. That is very unfortunate. We should see the other man’s point of view, the point of view of a man who believes in the existing ideology, unless it can be pointed out that something is happening in the society which is absolutely rotten, immoral and backward. If that could be pointed out, I am at one with Dr. Ambedkar and those who want to introduce reforms. But, if it is a mere difference of opinion, a mere difference in outlook, and you get whatever you want for those who share your point of view, why then do you force your opinions on millions of others, who do not share your view? That is a point of view which I would very strongly urge before the Law Minister and Government. If I had given you a formula which indicated an abandonment of the provisions of the Code for those who believe in it, you can blame me.  But, I wish you godspeed; go ahead; do whatever you like for those people who believe in the ideology which you are preaching here. But, in respect of others who and whose forefathers had proceeded in accordance with the old traditions and who are no less patriotic Indians than anyone who is sponsoring this Bill, why do you force your opinions on them?

Talking of divorce, has the law of divorce solved all social problems in countries where the system of divorce is now in existence?

I have been going through some of the recent books on sociology. People are perturbed because this is a complex human problem. The world has not found a solution to these problems. Those who have taken to the system of divorce, their number is leaping up. Do they find peace? Have they found happiness?

On the other hand, new problems have come up. Read some of the latest books on psycho-analysis. There, it is clearly pointed out that many of the evils which face the western countries are due to the mal-adjustment of the sexes. These are complex problems. Why blindly copy something from the west because some people from some part of the world have come and told you that you are backward unless you adopt this? If there are forward people in this country, who believe in this ideology, give them a long rope, sufficiently long, so that they may hang themselves. But, do not interfere with others who have found a solution to their problems through different doors altogether.

So far as monogamy is concerned. I shall support it with one reservation. Make it applicable to all the citizens of India. It is not a question that monogamy is good for the Hindu and monogamy is not good for others. Stand for one social doctrine.

If you believe that monogamy as a social system is the best that India should have, then, do not try to look at it through the Hindu door: look at it through the human door and make it applicable to all. Behave like a secular State at least in this instance. Take courage in both hands and say that monogamy will be made applicable to all citizens of India. If you cannot do it, do not do it for one section alone. Here, we are living in days of statistics. We swear by statistics, either real or manufactured. I have been trying to get some information; I could not, I wanted to know how many people in India have been marrying a second time.

Marrying a second wife when the first is alive. The number is extremely small. It is really no problem. Already, on account of advanced views, society has adjusted itself and on account of economic conditions, general public censure, etc., this system has gone out. Why make a parade of this that you are introducing a great reform and legislation for this? If you accept it as a principle, apply it, as I said just now to the whole of India.

So far as the Hindu Code Bill is concerned. I do not know what the decision is going to be. The Prime Minister has indicated that most likely we will not proceed with the rest of the Bill and time may not permit us to do so I am prepared to make this offer. Pass the entire Hindu Code as it is: only make it optional. Those who want it can adopt it. I have spoken to representatives belonging to the extreme orthodox school of view: I have argued with them. Although there are some amongst them who are against the passing of any such Bill whatsoever, they also realise that just as they claim to think for themselves, others also must have the liberty to do so for themselves and for their future. That would be a splendid beginning. I am prepared to admit, however much there may be opposition to the Code, that this represents a marvellous piece of work on the part of Dr. Ambedkar and those who have been associated with him. I am quite prepared to admit that this is a thorny subject and he has gone through the matter with as much ability as anyone could have. For that, if he is prepared to accept an honorary degree to be conferred by Parliament, we are prepared to confer a degree on Dr. Ambedkar. But, if you look upon it as a measure which has to be pushed down the throat of millions of Hindus who are opposed to it, I say that you will not be doing a service to the people of India. Let us not quarrel amongst ourselves; let us agree to differ on this fundamental issue. If you are prepared to point out that there are certain matters which are immediately anti-social or corroding into the very life of Hindu society, let us agree to make such provisions compulsory if there are any. Otherwise, this new great structure which you have prepared, keep it there for a few years and say that anyone, whether a Hindu or not, any Indian citizen, who desires to accept it can make a declaration, and the provisions regarding marriage or divorce or property, whatever it is, will be applicable to such selector. That would be the beginning of a great era. For after all, who is going to decide ultimately? Your elections are coming. You then go forward. As the Prime Minister has said, his sweeping wind will come and blow away all opponents.

Yes, the whirl-wind will come. Let the whirlwind come with regards to the provisions of the Hindu Code Bill. Let them go and convince the people and tell them that they are not forcing it on them. Let them say “we give you the option. Here is a heaven we have created. Come into this heaven and attain moksha“. Go and explain to the people, and if they feel that it is really such a heaven and not a dilli-ka-laddu they will come and take it, and take it with open hearts. There will be ample time. After all, Hindu civilisation has existed for thousands of years, in spite of onslaughts from various quarters. Cultural, political and economic invasions and so on. We have survived all that. And we are now a free country, and we propose to survive and survive with a much more glorious future that we had attained in the past. But when you introduce social reforms, in such a vast country as this, where opinions differ, where attitudes differ and where ideologies differ, then the only way in which you can do it is to go at a slow pace. I am not asking you to abandon principles which you believe to be true. I am not asking that for the time being. But please go and convince the people, the Hindu people who still claim to live under canons and codes which are in no way inferior to those existing in any other part of the world. Give them scope to choose for themselves. That is my appeal to the House and to the Government and I hope that appeal will be heeded to.

Sandhya Krishnan is a Chennai based finance professional who is extremely passionate about history and literature. 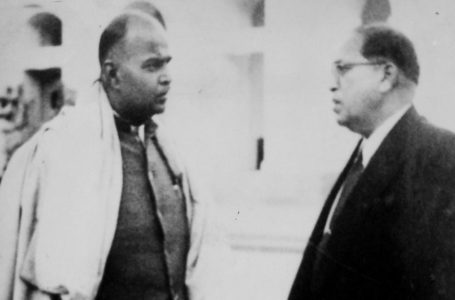