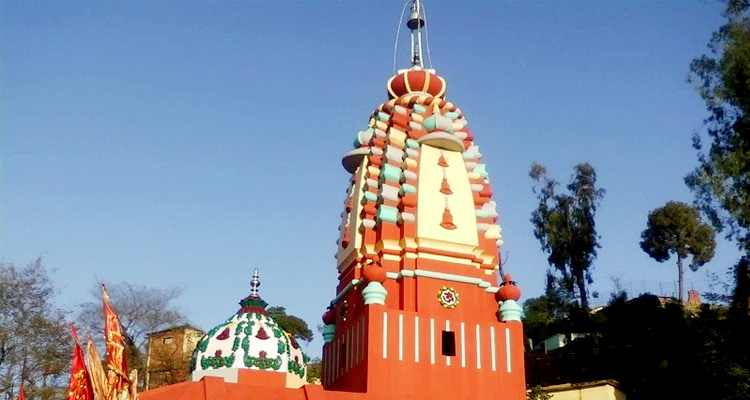 Government control of Hindu temples has once again become a burning topic, with the Maa Shoolani temple fiasco. In an act of unabashed executive overreach, the district collector Ritika Jindal, who is also the de facto chairperson of the temple’s management board, forced the priest to perform a havan with her as the yajman.

This has led to an outcry among those sections of society which see it as an unjust and undue interference in the ritualistic aspects of the temple’s functioning. On the other hand, she is being hailed as an SJW heroine by the “progressive” section of the society.

It would be important to pause and examine the various axiological aspects of this particular act, as well as those of the overall policy of the government control of Hindu temples.

Even while our constitution allows for the government control of secular aspects (like finances, law and order management, etc.) of temple administration, it still wisely leaves alone the ritualistic parts for the community to decide, with a rider that the institutions be open for all classes and sections of society, along with social welfare and reform.

It is the last part which gives rise to the misadventures like intrusion of ashaucha (literally incompetent, and/or without the right) forces in the precincts of Ayyappa Swami, Shani Shingnapur, and, in recent case Maa Shoolani temple.

The so-called reform brigade, by design or by chance, fail to pause and reflect on whether the particular aspect of the temple is a unique aspect of that temple, or a common practice found in all temples. While latter might make a fit case for the demands of reform, the former is a clear case of progressive fundamentalism and a thinly veiled neo-monotheism, which declares its progressive beliefs to be the sole universal moral standard, and frames any divergent worldview as a characterological evil- evil by the very fact of its existence. This is not much different from Christian, Islamic, and Communist fundamentalism that we are seeing throughout the world, that the world has been suffering at the hands of, for the past two millennia.

Unfortunately, the fanatic reformist zeal of neo-monotheists is not the only problem attacking the Hindu religion and society.

The other, and more nuanced, aspect of Maa Shoolani temple episode (or a Sabarimala or Shani Shingnapur as well, for that matter) is the intransigence and moral policing by the State officials- state government in Shingnapur, the judiciary in Sabarimala, the DM in Maa Shoolani temple case. The virtues and morals of an individual occupying a government office- judicial or executive- or by the virtue of the gender (in case of non-state actors like Trupti Desai twisting the arms of the state to push their feminist agenda, as well as female State officials like Ritika Jindal using their gender to shield their ill-thought actions), an individual’s randomly picked-up “morals” somehow become superior and enforced upon thousands (and possibly lakhs) of people in the local devotee community. How is this anything but the state officials misusing their powers to do moral policing – something that, ironically, Hindus are accused of, but in reality, are victimized by?

The last go-to defence of such reformist crusaders, when they’re beaten at all the other corners of logic, is “What about sati?” and “What about human sacrifices?” They conveniently forget that Hindus themselves gave up both of these centuries back, and they were anyway not very prevalent – in fact, the number of cases of sati cases, once a closer look at historical data is taken, dwindles down to a meagre 20 cases per year, for 400 years out of a civilization that goes back thousands of year!

A temple is the nerve centre of Hindu society. The much-famed diversity of Hindu society and philosophy, the pluralist, universalist, tolerant outlook at life can be tied directly to the diverse nature of Hindu spirituality, and its manifestation in the form of temples and their rituals. The rituals across the temples, both within a region and across the country, vary because our sacred geographies vary, our Gods vary, the methods of their worship vary, and the worshipping yogis and tantriks and siddhas vary. This variation is also reflected in the social lives of the local communities.

This was both a distinguishing feature and an important survival mechanism. This helped the religion survive the Islamic and Missionary onslaught. Despite temples being destroyed, the rituals survived; once the shadow of oppression was lifted, the temples were revived with the help of these very rituals, and, in turn, the community was revitalised by the temples and the ongoing rituals. However, under the spell of Abrahamic “modernization”, we are hell-bent on destroying this very diversity and making the ritualistic aspect uniform across the country. This is seen in abolishing of bali in Tripursundari, or allowing women of reproductive age in the only Ayyappa temple at Sabarimala which has a restriction on it for a good reason- it is the faith of the Ayyappans that the god is doing a naishthik brahmacharya sadhana in that shrine, and his sadhana will be interfered with if a menstruating woman, replete with rajas, comes in his vicinity.

Thus, we can see that tampering of rituals is a threat to the existence of Hindu society itself.

This is where an intrusive, socialist Kool-Aid drunk secular state is more dangerous than the Islamic bigot- while Islamic bigots destroyed the structure and ignored the substance (the rituals), the Secular State, aptly termed “Secular Asura” on social media, is destroying the substance through control of structure. Unfortunately, contrary to its natural role of saving the society from the tyranny of an overreaching State, the judiciary is playing a happy accomplice to the project of dismantling the Hindu religion brick-by-brick.

John Rawls, a well-respected American political philosopher of the Liberal tradition, famously said that the aim of procedural law should be to strengthen the weakest link; however, in this case, the procedural law is weakening the strongest link in the chain.

If a ritual is deemed as parochial or regressive by the progressive Nazis to begin with, it is unbelievable moral arrogance to believe that by the mere virtue of his or her mere participation, the said ritual will be uplifted to the realm of progressive heavens. There is a question of adhikar or competence – how can an English-educated, deracinated person, with no grounding or practice in religion decide how a religion is to be practiced. It’s akin to a social scientist wanting to interfere in the way maths is taught in university.

There’s also the case of civil rights of private citizens. If a particular private (or even socialized) religious practice is causing no social hazard or harm to any individual (havan is a private affair, and so is a pilgrimage), then the State has no locus standi of interference- it better stay away from it. The state is supposed to intervene in any affairs of the society only to avoid formation of a monopoly, not aid in making one, or forming its own. By controlling Hindu temples, the state is monopolising and “monopolizing” the diverse Hindu community.

In all this, it is also to be pondered how secular the secular state remains. With it interfering in rituals, regulating entry, appointing priests, the supposed-to-be-secular state becomes more of a “Super Shastri” without commensurate shastrik knowledge, bringing in the question of eligibility, ability, and ultimately its legitimacy therein in the matter. Losing legitimacy in the eyes of a majority community will not be a happy scenario even in secular terms.

Fun fact: had the state been a private company, and the preamble, with the word “Secular” in it being the company’s Memorandum of Association, state control on the Hindu temples would have lost legitimacy on the ground that it’s ultra vires- outside the purview of its power to undertake, because that’s not what the “company” (here, the State) was created for.

One other argument that could have been had- that this government interference is an atrocity that is wrecked only upon the Hindus, not any other religions. But since the writer wanted to keep the focus on the Hindu case itself, this line of argument was deliberately not touched upon.

And a last word to those who pay constant lip service to the “genuine” need for reform from time to time, the “ossification” of the religion and society in the absence of extrinsic moral actors, etc. Hindus have a robust system in place for that, thank you very much, and it’s been working fantastic for thousands of years. A forlorn, exiled prince of a small city disregarded the traditional rules of Durga worship, and called upon her in a foreign land, in his time of need just when then winters were setting in, starting the Durga Puja; a barely teenager son of a village chieftain set aside thousands of years of Vedic tradition of Indra-worship the day next to Kartik Amavasya; another prince questioned the Vedas and declared the world an entrapment of suffering; a begging monk rediscovered for modern times a hitherto obscure branch of darshan called advaita vedanta; an England-returned politician-turned-ascetic declared that the spiritual path of Hindus and their spiritual organizations should no longer be of disdain towards abundance and well-being, something unheard of for centuries. We worship the first three as our gods- Sri Rama, Krishna, and Siddhartha Goutama “the Buddha”- and revere the last two as the greatest sages of modern times Swami Vivekananda, and Vedic rishi Sri Aurobindo.

So when we Hindus see the real deal- a real spiritual person, making a case for a genuinely spiritual course-correction, instead of vulture-sque attack on the religion itself- we not only happily take up the suggestion, but elevate the “reformer” to a Godly status too. We do not need sarkari vultures to do our reforms- the very Gods who run this world visit us for that!

(In collaboration with and editorial contributions from Mrinaal Prem Swarroop Srivastava)