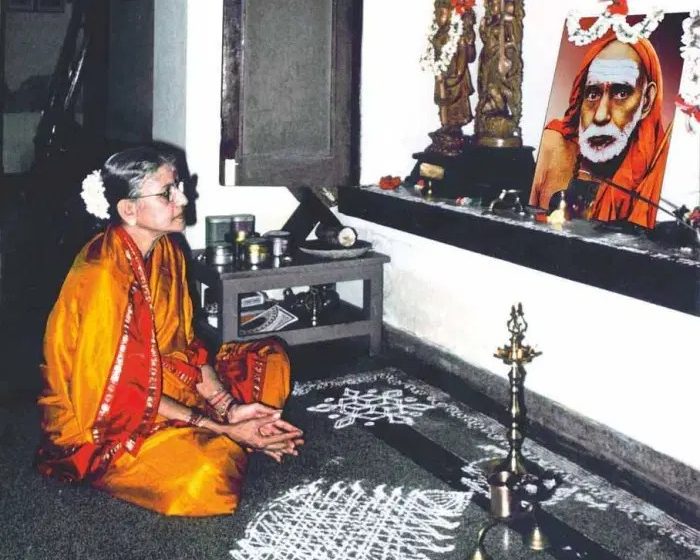 When dawn breaks, various temples in south India play the rendition of Venkateswara Suprabhatam by M S Subbulakshmi, the Maestra of Carnatic music. Madurai Shanmukkavadivu Subbulakshmi, born in Madurai on September 16, 1916, into a community of devadasis, soon graced the face of Carnatic vocal music in the 20th century.

She was the first musician to receive Bharat Ratna, India’s highest civilian honour. M S was the first Asian musician to win the Ramon Magsaysay award for her philanthropy. She is known for giving away the bulk of her prize money for social causes. She sang in Europe, North America and at the United Nations General Assembly. Her voice was the essence of timeless classical recitals awakened devout Hindu households across the country with perfect renditions of Sanskrit hymns. Her most notable recitations include Hanuman Chalisa, Kurai Ondrum Illai (composed by freedom fighter C. Rajagopalachari), and Bhajagovindam. Her voice belonged to the entire nation, transcending geographical, linguistic and musical borders.

On world music day, the best tribute to music is commemorating the historic performance of M.S. amma at the U.N. General Assembly, which opened the global connoisseurs to the world of Carnatic music.

MS Subbulakshmi had grown into an iconic Carnatic singer by the mid-1960s. Mesmerized by Subbulakshmi singing on All India Radio and at a live concert, Lord Harewood, the director of the famous Edinburgh Festival, requested her to perform at the Festival. The enthusiastic and laudatory reviews from the London press added to her mounting global reputation, followed by an invitation by the then U.N. Secretary-General, U Thant, to perform at the General Assembly in New York on United Nations Day. M.S. and her husband, Kalki Sadasivam, accompanied by her talented team of accompanists, V.V. Subramaniam (violin), T.K. Murthy (mridangam), T.H. Vinayakaram (ghatam), and her daughters Radha Viswanathan (vocal) and Vijaya Rajendran (tampura) set out on the seven-week concert tour.

Her prestigious tour was welcomed with peerless enthusiasm. Everywhere media competed to report her tour in detail. Subbulakshmi sang in Geneva, at the Redoute Villa in Bonn where Beethoven had once performed, and then in Paris at the Guimet Museum. Then she sang bhajans for Gandhi Jayanti celebrations at India House before leaving for New York.

On the afternoon of October 23, 1966, the sight of the singer on the stage wearing one of her Kanchipuram silk saris was a proud moment for all Indians. C V Narasimhan, the then Under-Secretary-General of U.N., introduced her to the audience as the ‘First Lady of Carnatic Music’. She started with a Sanskrit’ Guru Vandana’ in praise of Dakshinamurthy (Lord Shiva as the supreme cosmic teacher). She held her audience enthralled from thereon, taking it on an exquisite exploration of various songs in every South Indian language.

Subbulaksmi was profoundly religious. Before leaving for any important concerts, she sought the blessings of Maha Periyava, Acharya Sri Chandrashekharendra Saraswati of Kanchipuram. She sang the hymn ‘Maitreem Bhajata’, penned by Mahaperiyava, at the conclusion of her U.N. concert. With the concluding words, ‘Srey o bhooyat Sakala jananam (Let grace and happiness abound for all humanity), Maha Periyava composed this song as an anthem for universal friendship and world peace. Subbulakshmi used to sing this song in almost all her subsequent concerts for the rest of her life.

Rajaji helped her select the songs for her U.N. concert tour. Another enchanting song she sang at the concert was “Vadavaraiyai Matthakki” from Silappadikaram. Being a hymn on Lord Vishnu sung by the women from the cowherd caste in the celebrated Tamil epic, the song praises different avatars of Lord Vishnu. Subbulakshmi’s rendition of the song at U.N. became so popular that music lovers requested her across the globe to sing that song in almost every single concert for decades after the U.N. concert. Additionally, the song also sparked a debate among music lovers about whether Ilango Adigal, the celebrated composer of Silappadikaram, could have been a Vaishnava Saint and not a Jain as historically perceived.

Her massive success at U.N. was an accomplishment that invokes awe even today, yet Subbulakshmi remained untouched by all the fame. Her passion for her craft was impeccable, and her humility phenomenal. She knew only her music. Perhaps this dedication and devotion made her art pristine and timeless.

Anjali George is a writer, scholar and preservationist. She is extremely passionate about safeguarding Indic and indigenous cultures. Founding member of People For Dharma, Indic Collective and Shakatitva Foundation, she serves as a board member of Frankfurt City’s Council of Religions. She is also one of the pioneers of the ‘Ready To Wait’ movement, launched in opposition to a politically motivated attack on the tradition of the Sabarimala temple. Apart from her interest in philanthropic and cultural pursuit, she is an accomplished artist and strategist.